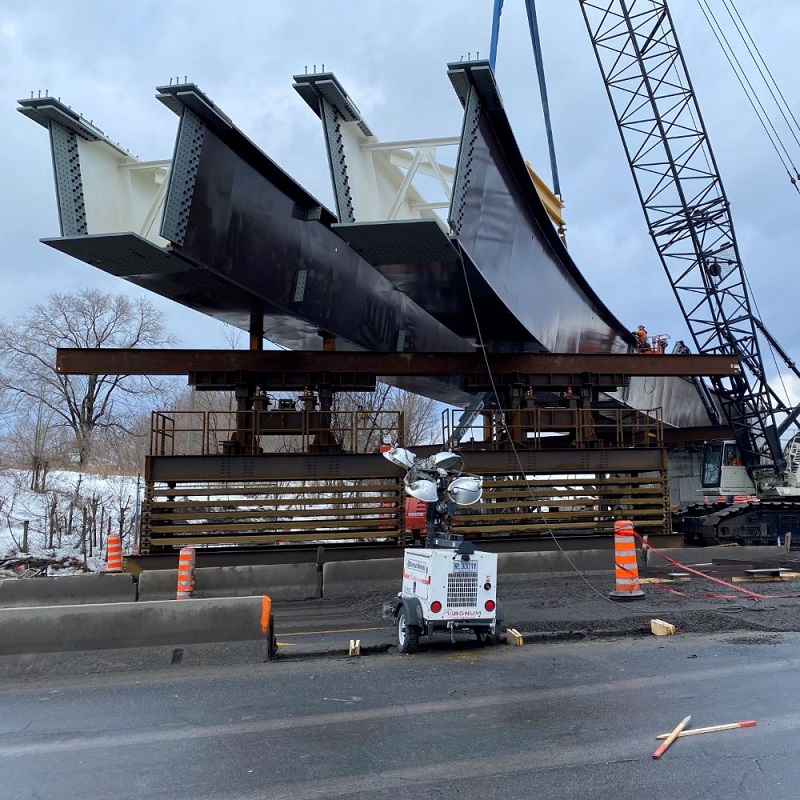 The Viau sector overpass is shaping up!

Last weekend, our teams carried out an impressive operation, to say the least, installing the box girders for the future overpass on Notre-Dame Street. This is the first key step in the project, which will eventually make it possible for more than 1,400 trucks a day to exit right onto Dickson/Souligny streets, relieving traffic on Notre-Dame Street as a result.

A public information session was held yesterday, Wednesday, February 16, to present the project's soil rehabilitation plan. Two other public meetings were held in 2019 and t 2021.

Many MPA teams were involved in carrying out this major project. Project Manager Stéfan Simard and his supervisory team coordinated the installation of the box girders with several stakeholders (e.g. City of Montreal, Police Department, MTQ, Renouveau La Fontaine, Vopak Terminals of Canada).

We also applaud the work of the environment, communications, real estate and procurement departments. Kudos to everyone!

A number of other important steps are planned in the coming months leading up to the opening of the overpass:

Discover the steps of the operation in pictures 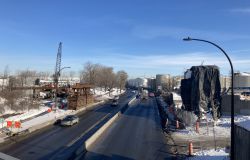 For more information on this project:

Overpass in the Viau terminal sector