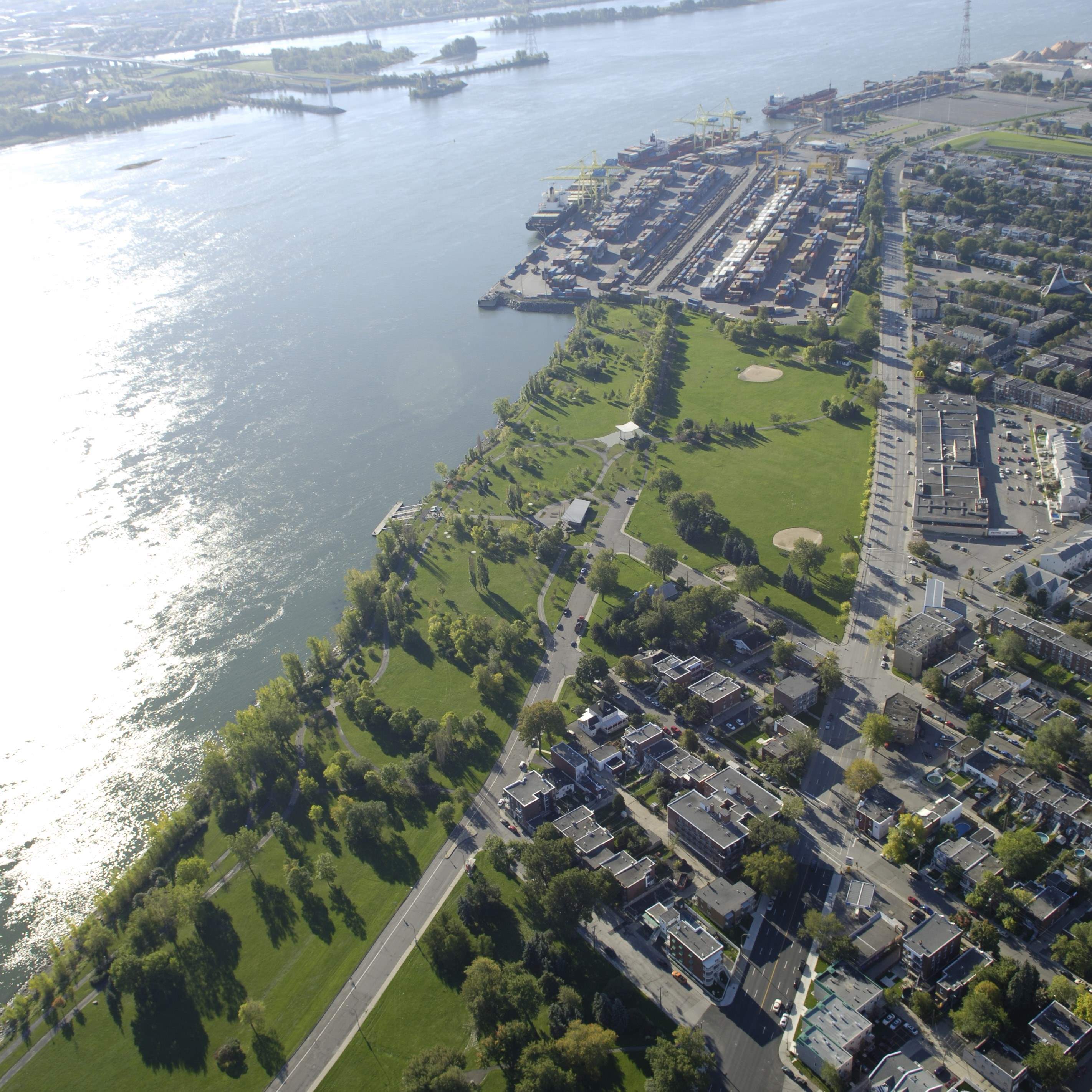 It's possible to be an industrial neighbour and stay attentive to residents and accountable for the actions it takes. Through its mitigation measures and environmental protection initiatives, the Port of Montreal seeks to promote cohabitation with neighbouring communities and to limit the impact of its activities.

Various measures have been put in place to reduce the impacts of overall port operations. 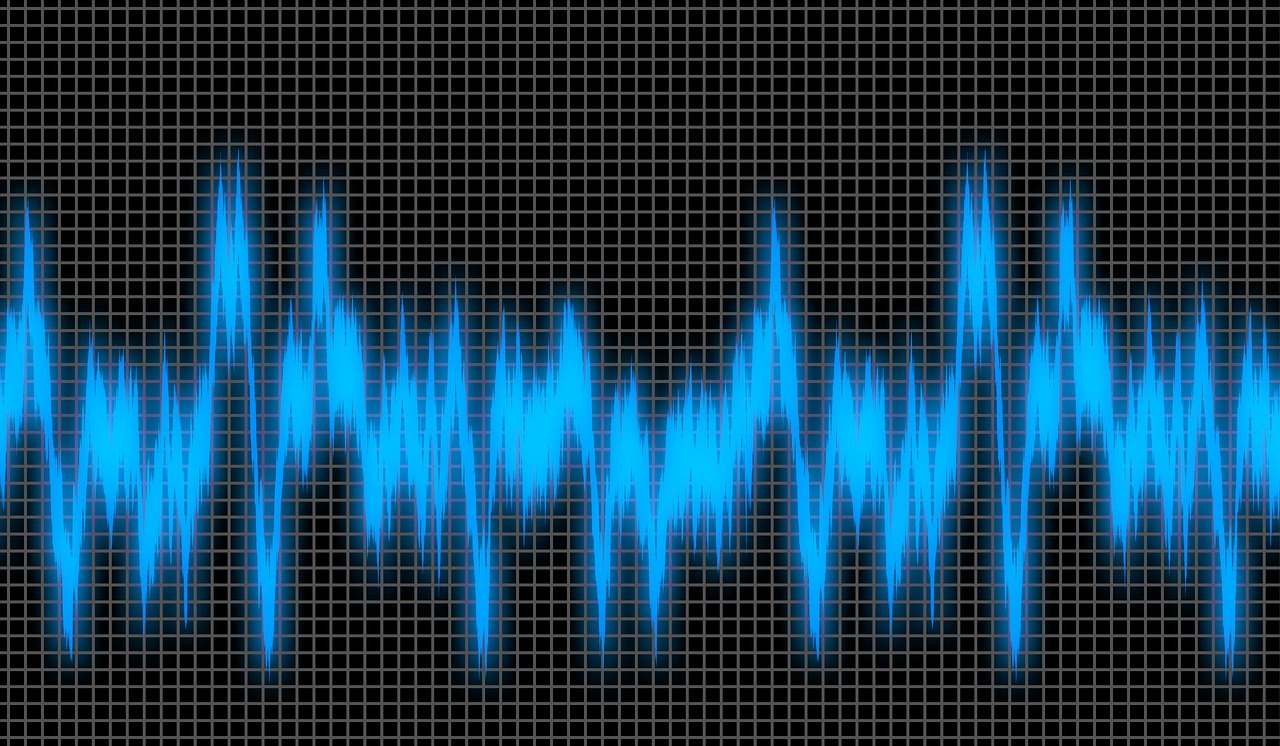 At the request of residents during public consultations, the cranes at Viau Terminal were painted grey instead of red, as originally planned, to blend better into the landscape.

Long committed to reducing the levels of noise and dust from its dock operations and ensuring the safety of communities close to its facilities in Montreal’s East End, in the spring of 2009 CanTerm Canadian Terminals had slopes about ten metres high installed along Sections 94 and 95 of the Port of Montreal. Now covered in trees, shrubs and flowers, these slopes serve as a buffer zone between CanTerm’s petroleum storage tanks and the neighbouring population. 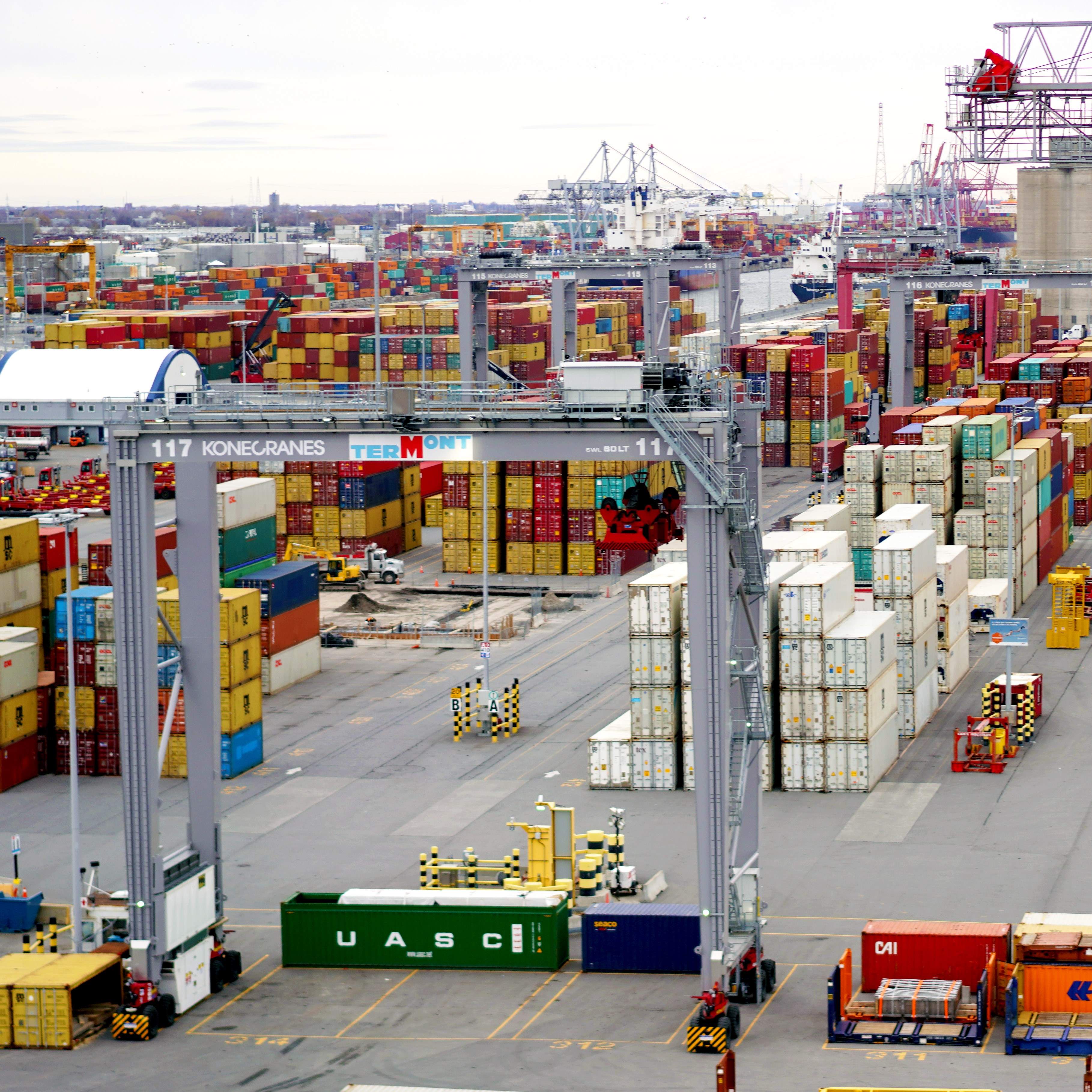 Noise level of handling equipment alarms set at the minimum safe level on terminals
(Biological) greasing on the rail track in the Old Port
Ban on noisy work and lighting in certain areas of the Port after 6 p.m.

The Port of Montreal has carried out several greening projects in recent years on and around Port areas. 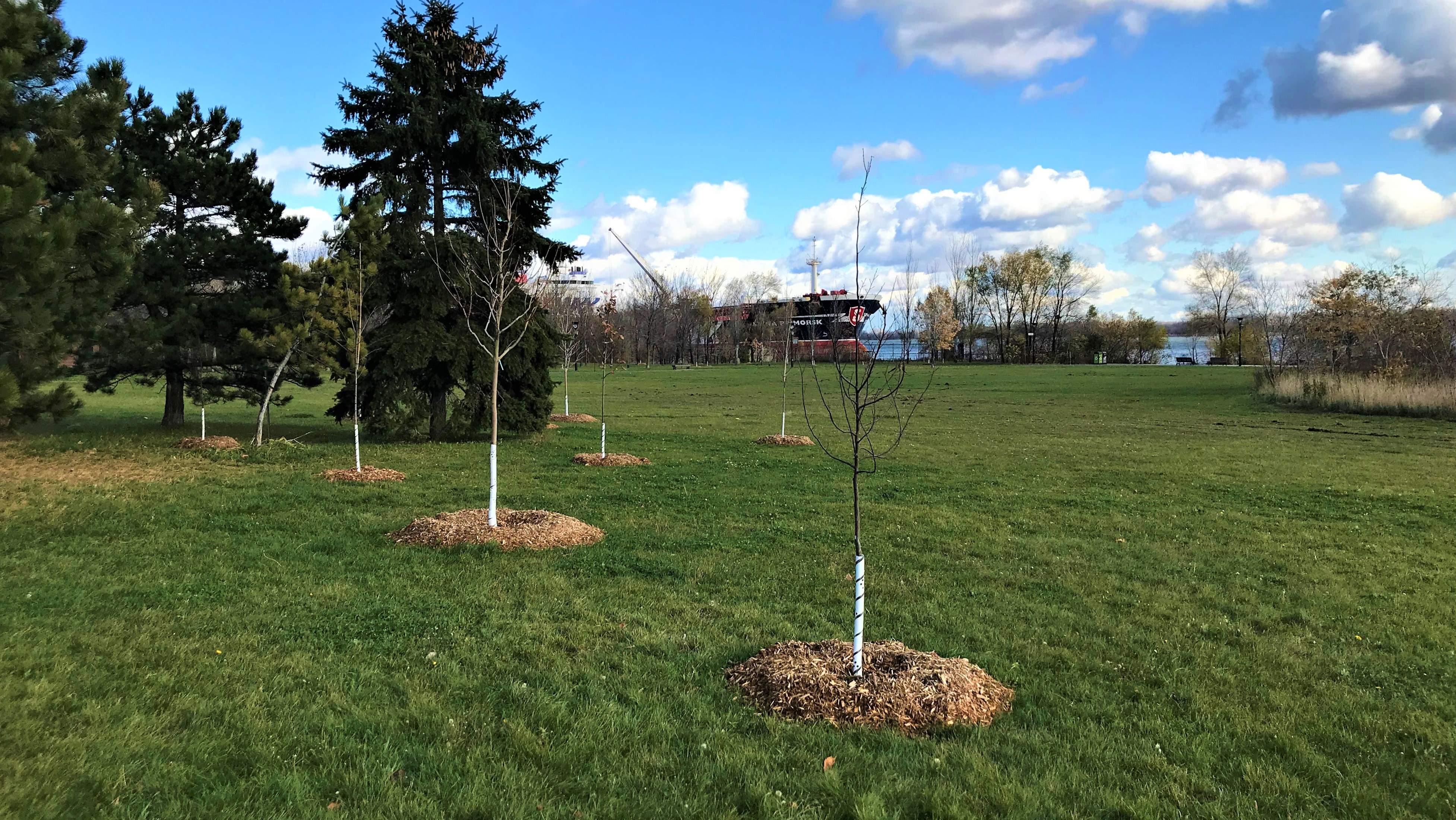 Every year since 2011, MPA employees have taken part in shoreline cleanup actions, as part of the Great Canadian Shoreline Cleanup. 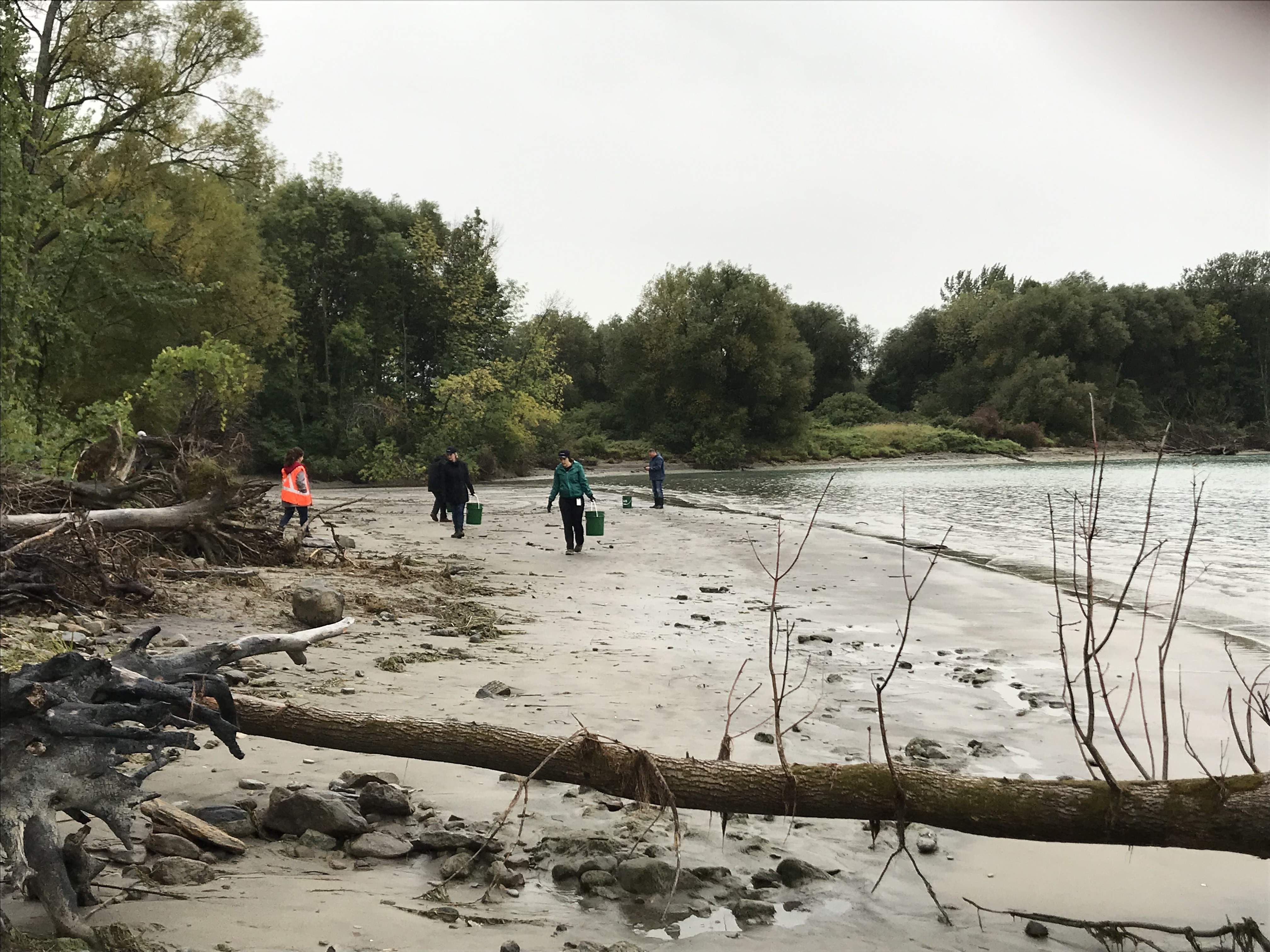 The Port of Montreal helped develop Barbe-Denys-De La Trinité Park in Contrecœur. A network of multi-use trails was cleared, developed, marked and enhanced, allowing the residents of Contrecœur and the surrounding area to enjoy an outing in nature. Barbe-Denys-De La Trinité Park is a protected conservation area of approximately 5.3 million square feet. In winter, the trails are accessible by snowshoe. A raised culvert has been built to protect the wetlands and link the approximately eight kilometres of trails. In addition, the MPA pledged to plant two trees for each tree cut down in the course of its Contrecœur Terminal project. 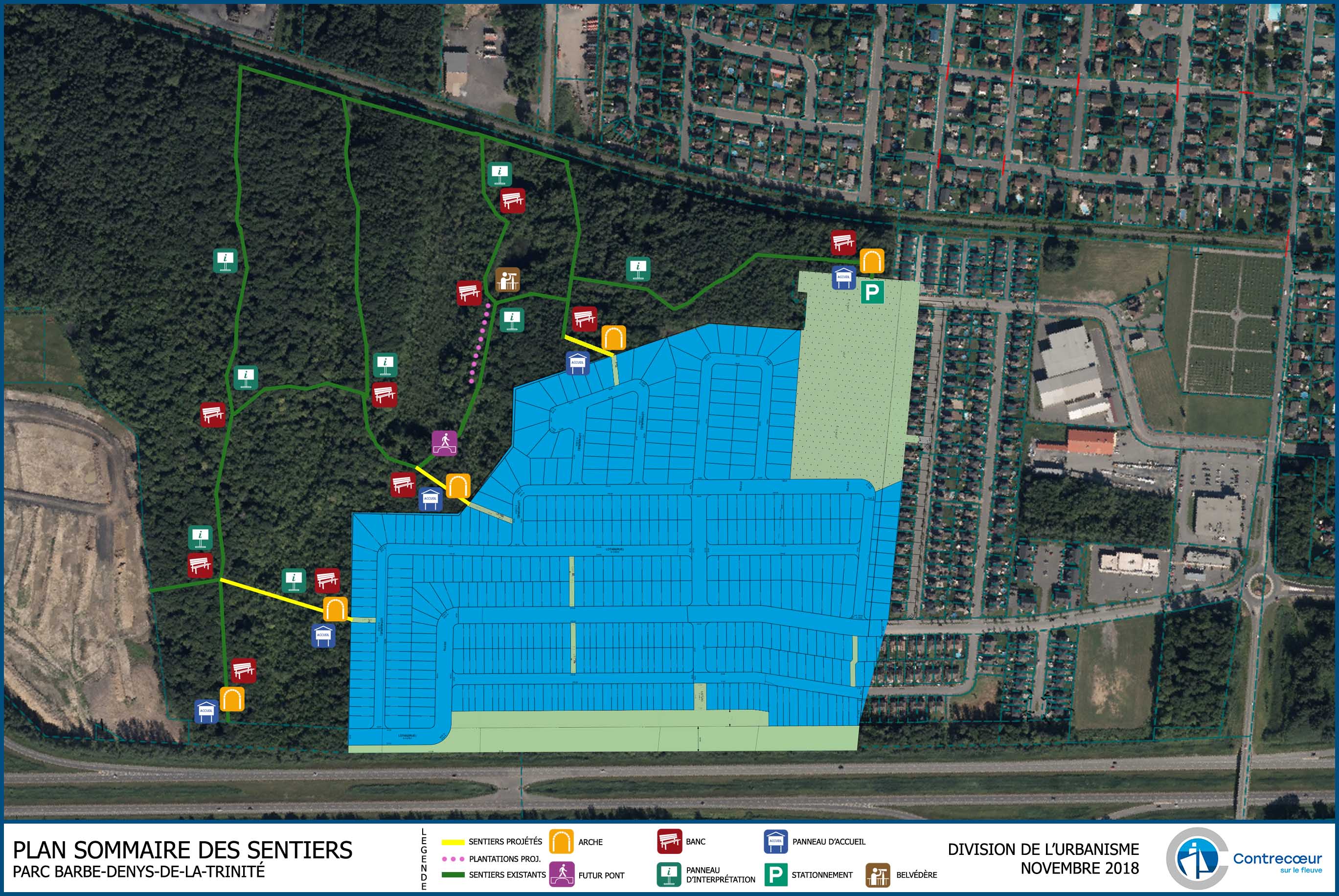