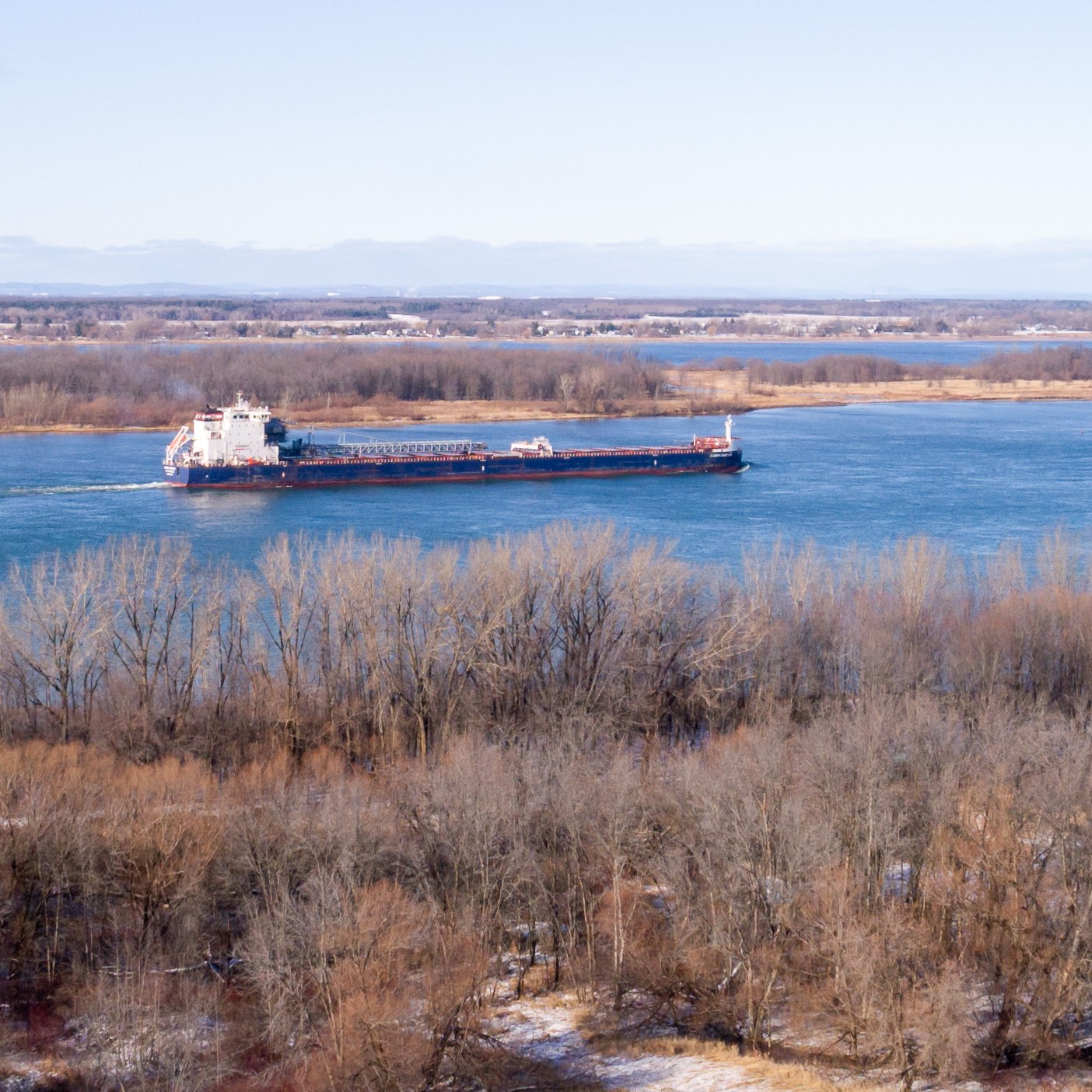 How do you keep an industry worth US$14 trillion a year on course for sustainability? Such is the challenge facing organizations like Green Marine in North America, and the International Maritime Organization (IMO) at the international level.

While maritime transport generates the least amount of CO2 emissions per tonne of commercial cargo, the industry is still a long way from carbon neutrality. Resting on our laurels is not an option—neither here at the Port of Montreal nor elsewhere in the world.

Not only does our industry account for 2.6% of global CO2 emissions, but according to the Organisation for Economic Co-operation and Development (OECD), that figure could triple by 2050.

The good news is that several international agencies are thinking about the issue and working to set short-, medium- and long-term environmental performance improvement targets.

As early as 1973, the IMO passed the International Convention for the Prevention of Pollution from Ships (MARPOL), setting the stage for a series of policy initiatives such as IMO 2020, a plan to cut sulphur oxide emissions from ships by 0.5% m/m by 2020, and IMO 2050, which calls for a 50% reduction in the industry’s greenhouse gas emissions by 2050 (from 2008 levels).

We can also look to the leadership of a global network of organizations like the International Chamber of Shipping, the Clear Seas Centre for Responsible Marine Shipping (Clear Seas) and the International Windship Association when it comes to implementing sustainable development in the maritime industry.

Closer to home, there’s Green Marine, a voluntary environmental certification programme for the North American shipping industry. Established in 2007 in Quebec, the organization—which we helped found—supports 150 certified members in Canada and the US as they strive to minimize their environmental footprint with concrete, quantifiable measures built around 14 performance indicators.

Is this preventative self-regulation? ”Not exactly,” explains David Bolduc, Executive Director of Green Marine. “We weren’t looking to pre-empt new regulations, necessarily. Our goal was to endow the local maritime industry with a proactive voluntary framework instead of waiting for more slow-moving, less agile legislative mechanisms to crop up.”

The Green Marine environmental programme is about ensuring that your company and the industry are moving in the right (and same) direction.

That cohesion and consistency is key, according to Claude Deschambault, Director of the Environment at the Port: “When we talk to our partners or tenants, for example, the programme keeps us all on the same page, applying the same criteria.” Green Marine is experiencing tremendous growth across North America (10% year-over-year since 2007), resulting in an industry-wide standardization of sustainable development activities.

The Port of Montreal has earned a perfect score of 5 for three consecutive years, distinguishing itself in the categories of greenhouse gases and air pollutants, leak prevention, harmonization of uses, environmental leadership, and residential materials management. Ports and terminals scored an overall average of 2.9, on par with previous years, and the highest average of all certified members. Not to mention that all shipowners, ports and terminals have improved their score for each of the 14 performance indicators.

Sustainability has been a priority for the Port for some time now. In 1993, we became one of the first ports to incorporate environmental clauses into our leases.

In 2001, we adopted an environmental policy focusing on the protection of natural habitats, the fight against climate change and nuisance prevention (such as industrial noise).

We became one of the first North American organizations to adopt an ISO 14001 compliant environmental management system in 2003. And in 2005 we took part in the meetings leading up to the creation of Green Marine, with a view to leading the way in sustainable development.

While the social and environmental value of sustainable development is clear, the economic benefits, both direct and indirect, are often overlooked.

Our trucking PORTal, for example, not only reduces a vehicle’s environmental footprint, but also generates time and efficiency gains for trucking companies, which means better returns.

But these things take time. While the industry has made progress in reducing its environmental impact, Bryan Comer, of the International Council on Clean Transportation, stated at Green Marine’s Greentech 2021 that not everything is as green as it seems. Take the SOx scrubbers installed on ships: while they certainly reduce air emissions, they require billions of tonnes of wash water to clean. While LNG (liquefied natural gas) propulsion is widely touted as a means to reduce overall GHG emissions by 30%, some LNG engines leak methane—a gas with a GWP [20] [global warming potential over 20 years] 86 times higher than CO2. That led Maersk to eliminate LNG from its list of energy alternatives as it chases a 2050 carbon neutrality target. The company is now looking at lignin ethanol oil [LEO], green hydrogen and green ammonia.

By setting objective, quantifiable benchmarks, consistently adapting to the latest findings and global objectives, and fostering exchange between members at events like Greentech, Green Marine is giving organizations a solid roadmap toward sustainability.

And the work doesn’t stop there. “There is still a lot to be done to stay on top of existing indicators, such as raising targets to match the IMO,” says David Bolduc. “On the port side, we’re looking at coastal ecosystems and wetland conservation, with a growing focus on the protection of marine mammals.”

The same goes for the Port of Montreal. “The Contrecoeur container terminal is a prime Port 2.0 project,” says Claude Deschambault. “Instead of puzzling over a pre-existing structure, like the Port of Montreal or any other urban port, we’re starting with a clean slate.”

“We take all of these discussions on the energy transition very seriously,” says Deschambault. “They help us stay at the forefront of sustainable development and open the door to new business models, such as the sale of greener ammonia or hydrogen gas made possible by warehouse capacity in the city’s east end.”

Not only has the Port signed a cooperation and development agreement with Canadian biofuel producer Greenfield Global to explore new clean energy opportunities, it has also joined the PIONEERS consortium (PORTable Innovation Open Network for Efficiency and Emissions Reduction Solutions), a 46-partner green innovation project led by the Port of Antwerp.

The year 2050 is fast approaching, but these opt-in sustainability initiatives go a long way in keeping the maritime industry on course for a brighter future, and empowering us to work more efficiently—together.