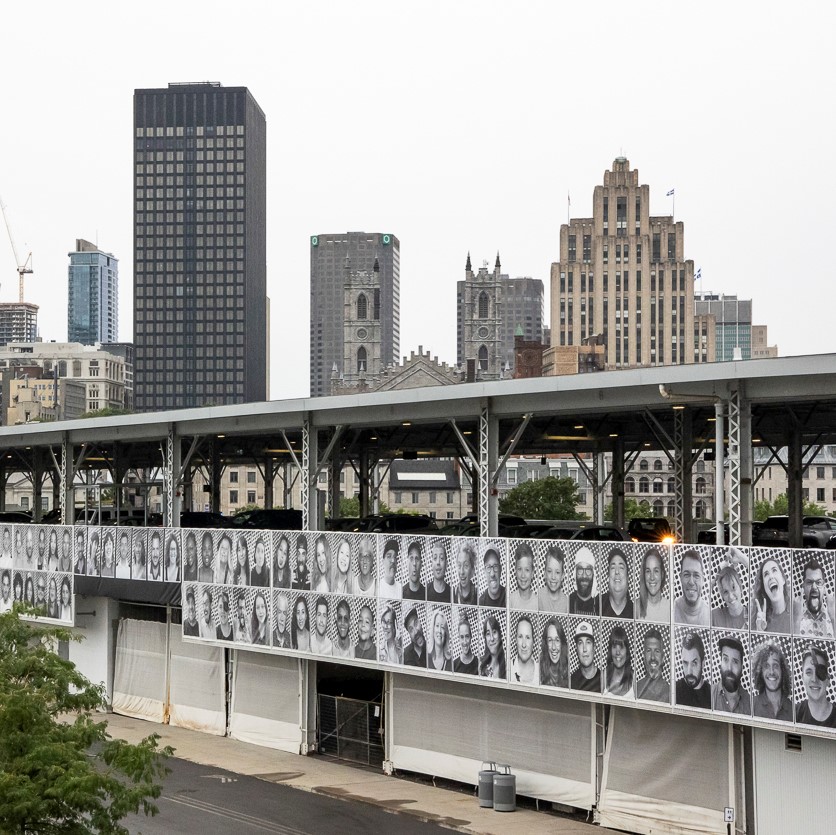 The great collective project Les Visages de Montréal is now on display at the Port of Montreal’s Grand Quay. Until the end of 2022, visitors will be able to see this huge public art piece that showcases thousands of portraits throughout the city in the form of a mosaic.

Part of French artist JR’s Inside Out Project Group Action, Les Visages de Montréal is one of the adventures in the heart of the city, Les aventures du cœur de l’île, the summer initiative organized by the Quartier des Spectacles Partnership in collaboration with Tourism Montreal.

In all, over 5,500 square feet along the Grand Quay’s Main Alley serve as a backdrop to the many faces of Montreal’s port community. After months of pandemic, what a tribute to the resilience of all Montrealers, including employees and members of the port community!

Where: Grand Quay of the Port of Montreal
200 De la Commune Street West