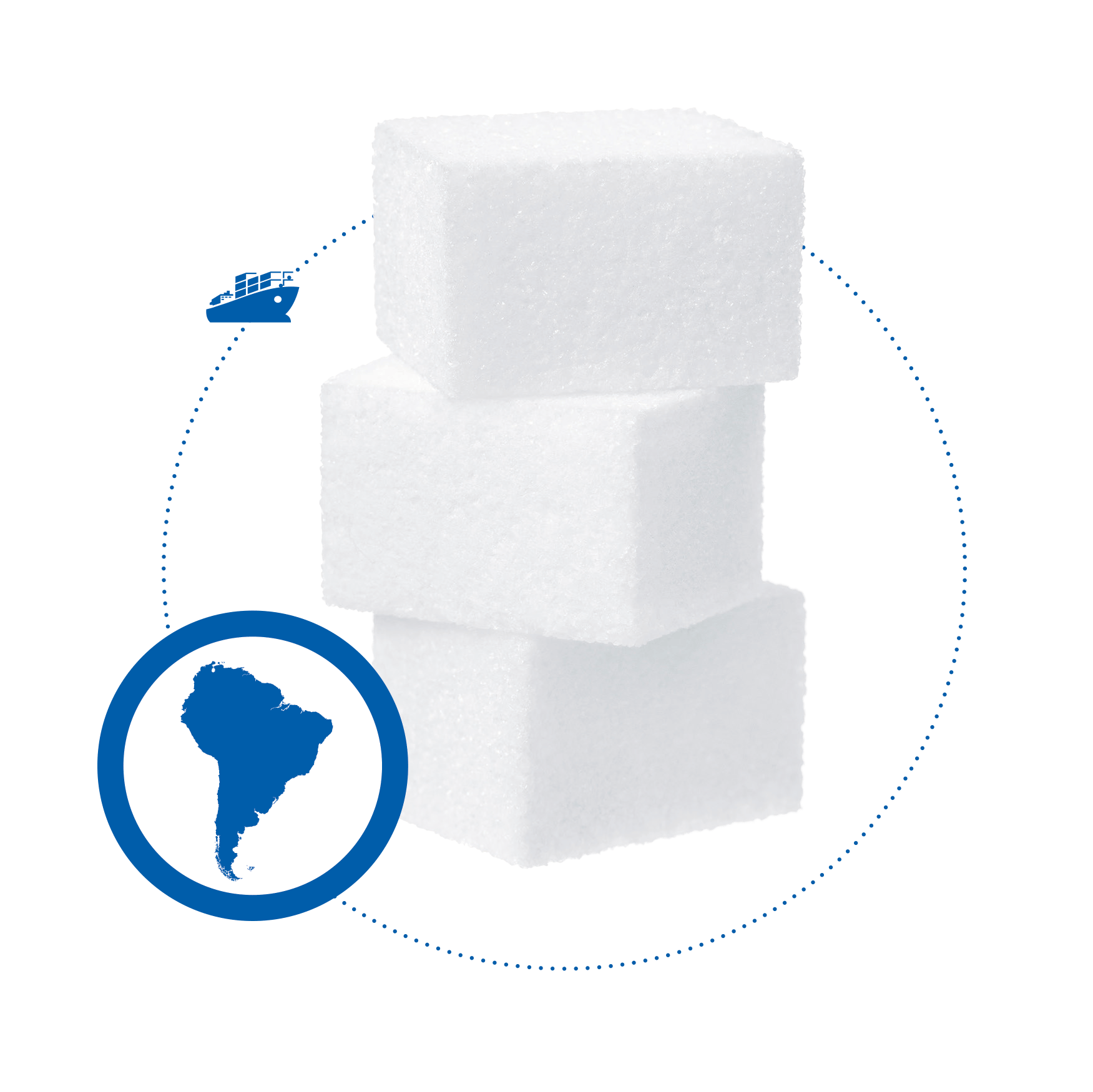 A little sugar in your life

The sugar we put in our coffee or tea, the sugar we use in our baking recipes, and the sugar we buy in such treats as cookies, chocolates and pastries, all have one thing in common: a trip through the Port of Montreal!

Where does it come from and what are the different steps before it ends up in our coffee or in the muffin we buy at the local bakery?

Unlike other forms of sugar that come from beets (for example, at the Lantic factory in Taber, Alberta), the sugar we consume in Montreal and Eastern Canada comes exclusively from sugar cane. “The sugar we receive in Montreal is a hundred percent from South and Central America, mainly Brazil. Over four hundred local producers deal with brokers, who handle the transport of this commodity,” said Gary Nagribianko, Senior Manager Commodity Trading at Lantic. 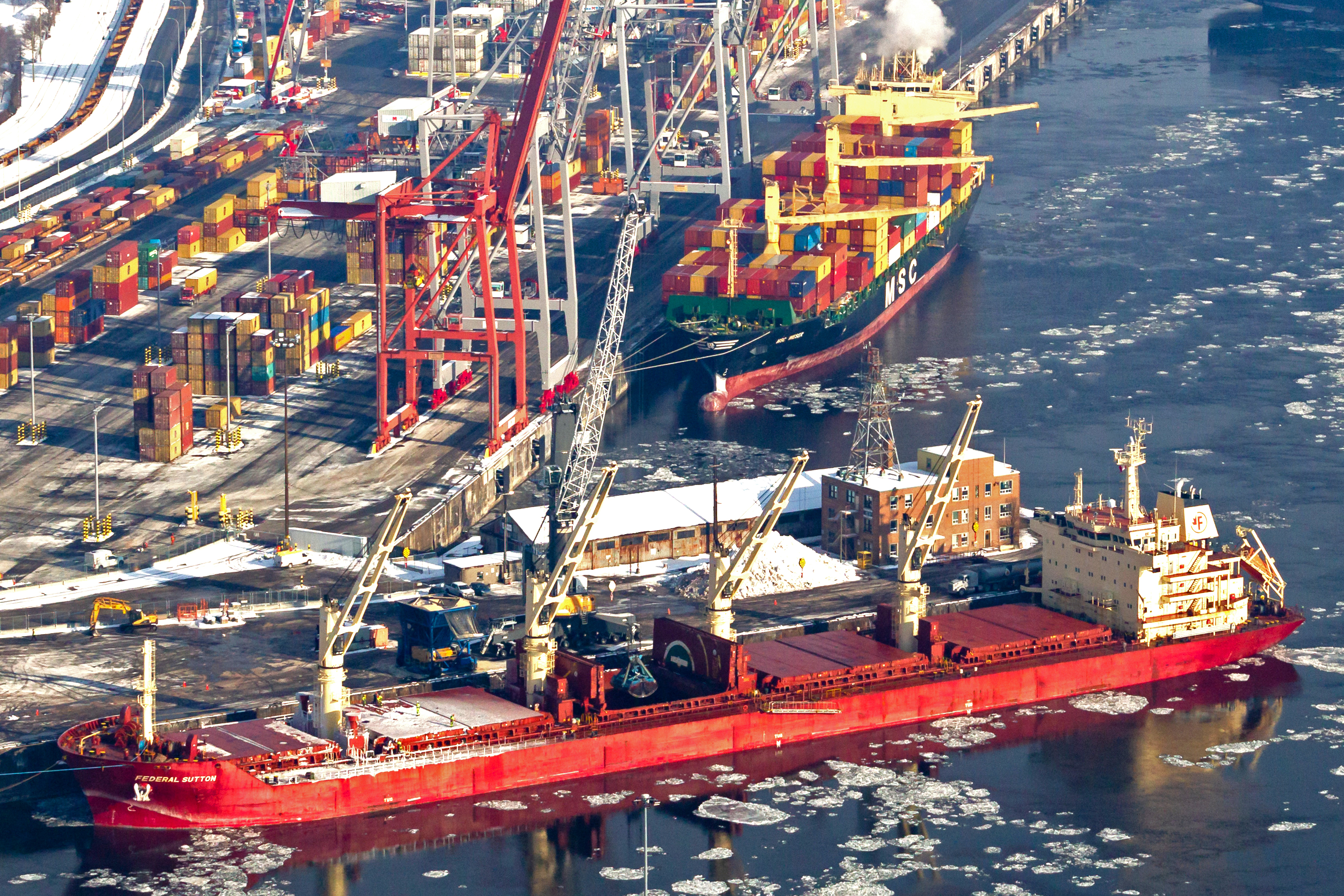 Before heading out to sea, the sugar has already been partially refined near the crop fields, as sugar cane is delicate and spoils quickly. As soon as it is harvested, sugar cane is crushed to extract the juice. The juice is heated, purified and concentrated until the sugar crystallizes, producing raw sugar that is loaded onto bulk carriers capable of transporting 35,000 tonnes at a time to the Port of Montreal. “We use Fednav handy size vessels, which are our main carrier,” he said.

After a twenty-day voyage, the ship docks at Sutherland Wharf (Section 46), where the Lantic refinery has been located for over 130 years. 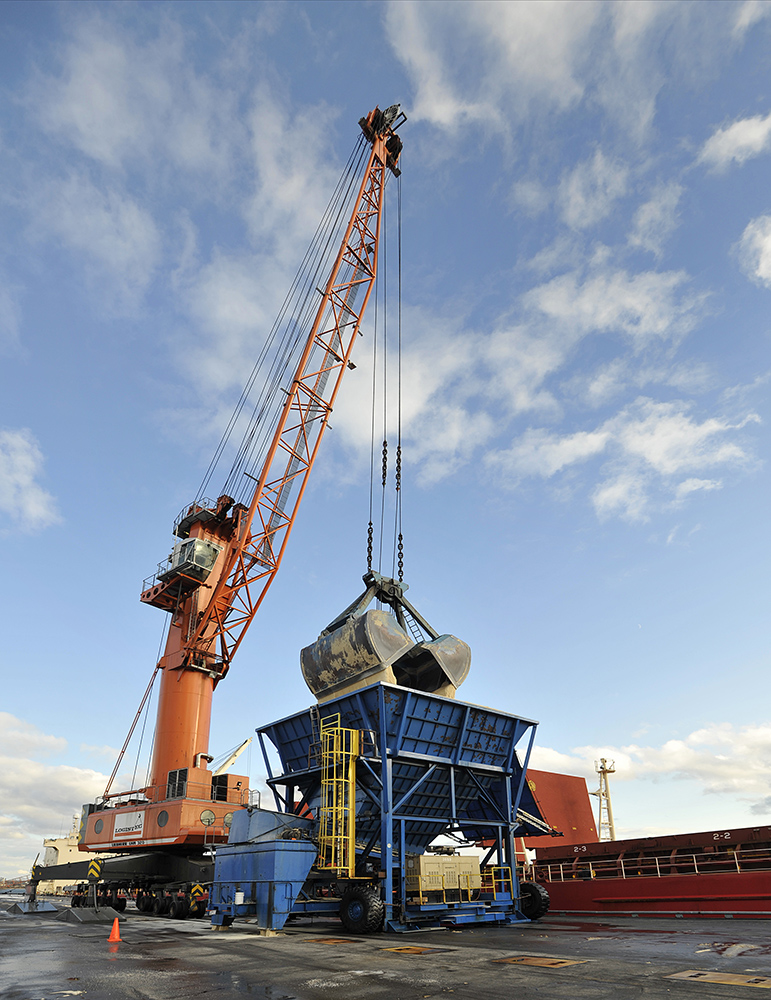 It takes five days for the crews on site to fully unload it. A longshore worker perched 24 metres high at the top of a crane works a large shovel to collect the sugar and pour it, scoop by scoop, into a funnel. And even though wind, rain and cold can sometimes complicate things (“the sugar will tend to compact,” Gary said), the work goes on. No fewer than 7,000 tonnes a day will be moved by the shovel, with each scoop picking up to 30 tonnes of sugar… enough to fill a truck!

They take care to stay steady. The ship’s hold is divided into five different sections, so the cargo can be spread out along the length of the ship. During unloading, a smaller excavator will be placed in the ship’s hold to balance the mountain of sugar and prevent the ship from tipping to one side or the other.

Next, all this sugar will move along a conveyor belt to a huge pyramid in the Lantic warehouse that can reach upwards of 65,000 tonnes of raw sugar. 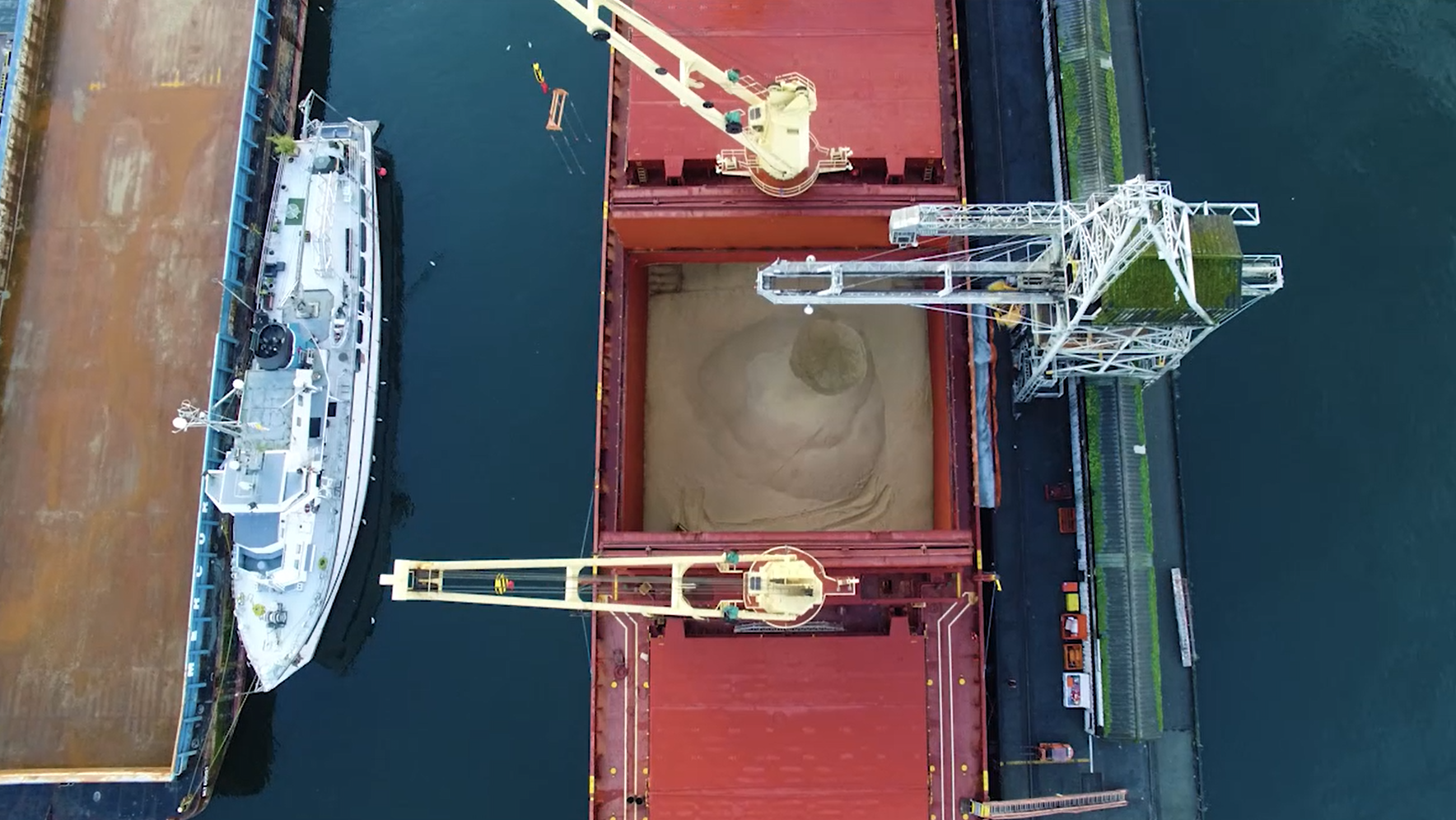 At this stage, the sugar is inedible. It consists of large brown granulated crystals with many impurities. In the factory, it will undergo a second major stage of processing: a thorough cleaning to give it the appearance we all know and use every day. This is a fairly expensive process, requiring sophisticated technology.

It starts by melting the sugar, filtering it until it becomes liquid, then purifying and decolorizing it. Then it goes through the cooking stage in large vacuum boilers, evaporating the sugar water until sugar crystals are created. These crystals are then separated from the syrup in centrifuges. Lastly, the white sugar is dried in rotary dryers (“granulators”) and stored in silos with a 5,000-tonne capacity. 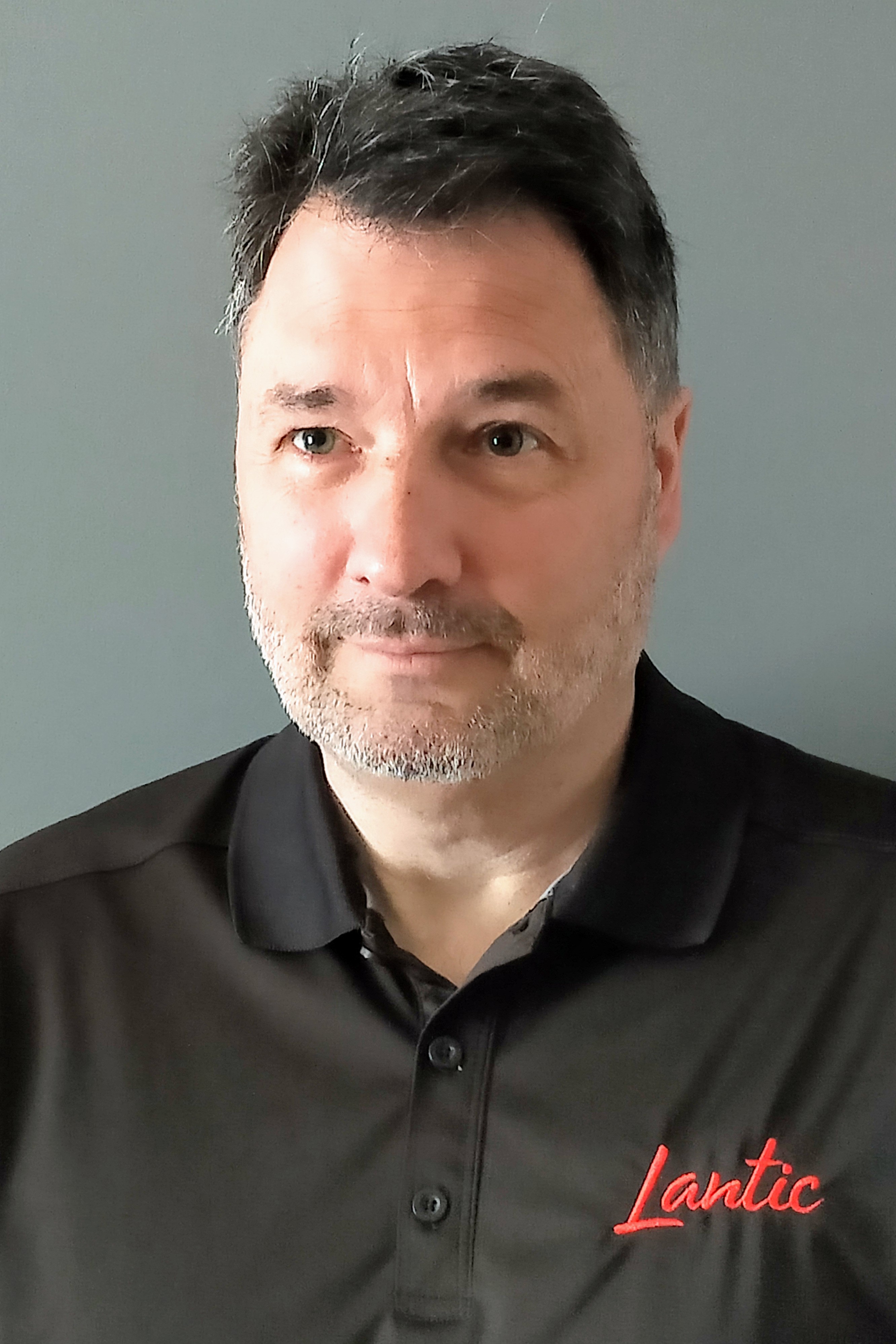 The sugar is now ready to be packaged in various forms, according to its destination and final use. Using several production lines, they make little packets of powdered sugar, sugar squares, powdered sugar, liquid sugar, two-kg packages sold in grocery stores and one-tonne packages for the food industry.

“Everything is made in Montreal!” said Gary Nagribianko. The whole process takes about 24 hours.

Once packaged, the sugar goes on its way. Loaded on trucks or trains thanks to the dockside railroad, it leaves for multiple destinations. “In addition to Quebec, we cover the entire territory from Ontario to Newfoundland, as well as the Maritime provinces.”

Three weeks later, they do it all over again! At a rate of one ship unloaded every three weeks, some 550,000 tonnes are handled in Montreal every year. There is no slowdown in sight, pandemic or not... As Gary put it, “Everyone keeps eating! People are cooking just as much, if not more, than before. We never stop!”

Did you know that Lantic is one of the Port of Montreal’s oldest partners? The refinery was built in 1888, originally under the name St. Lawrence Sugar. In 2000, major renovations and expansions were completed, increasing their production capacity to 600,000 tonnes of refined sugar annually. A taste of our industrial heritage! 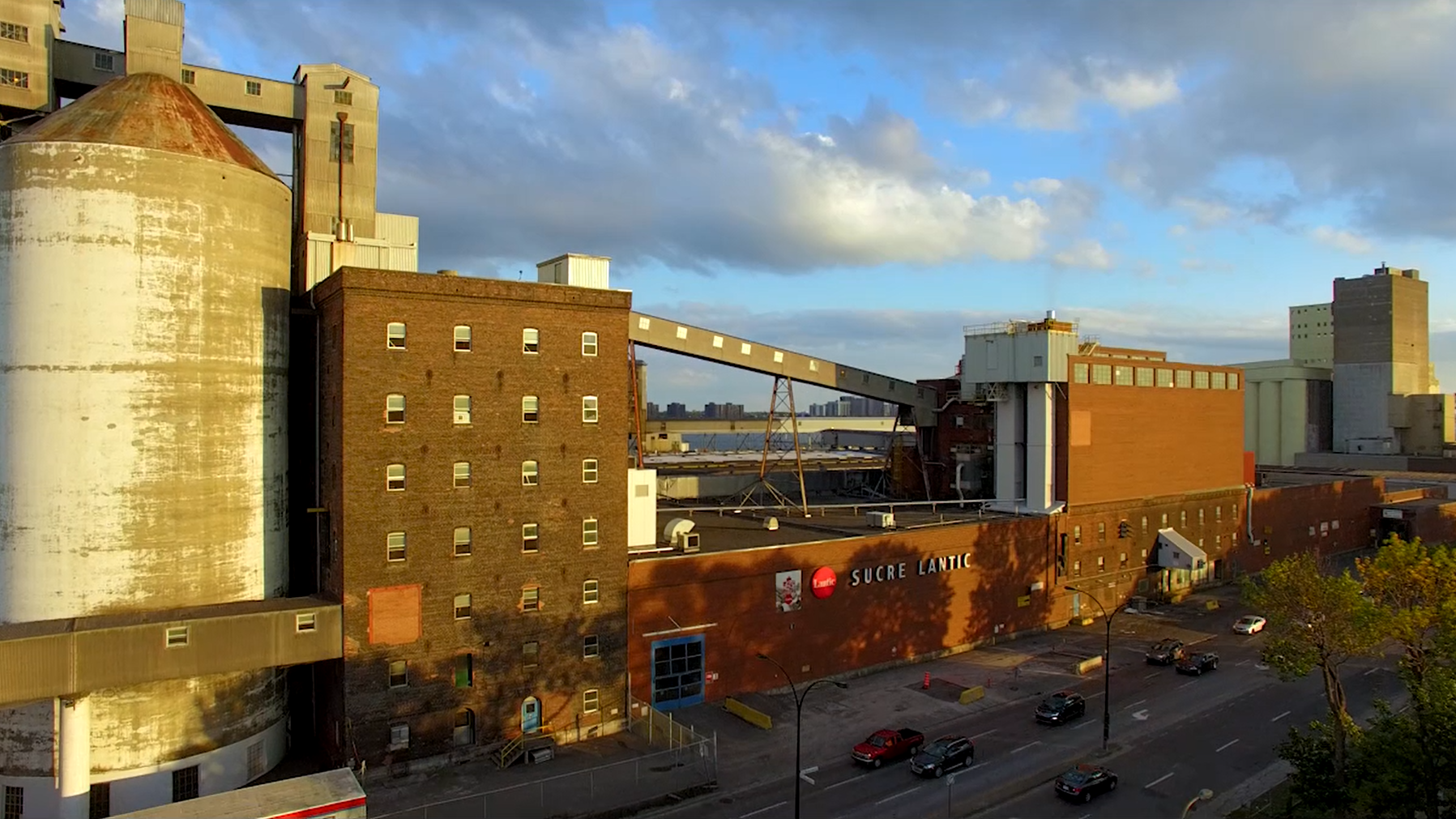 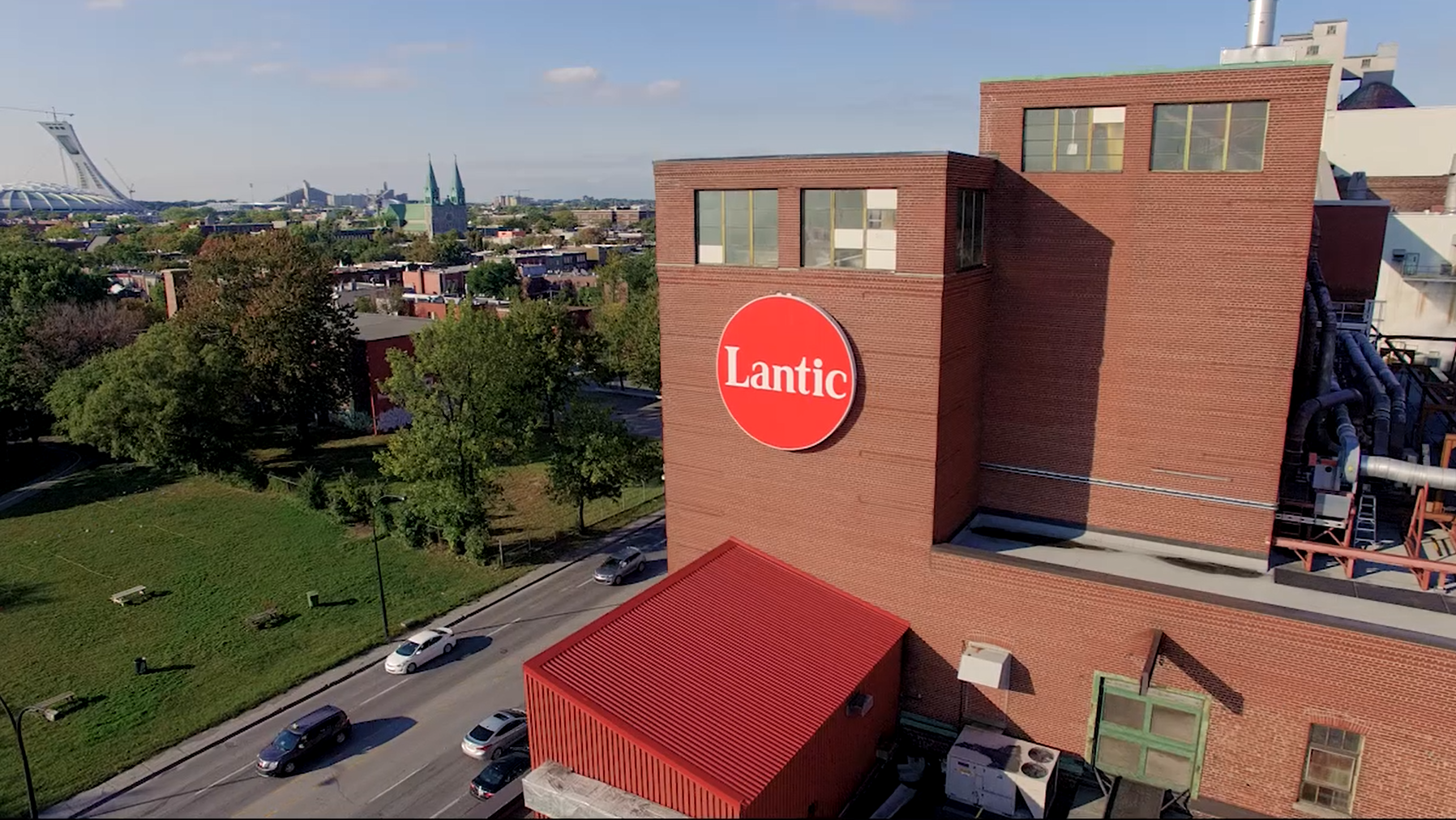 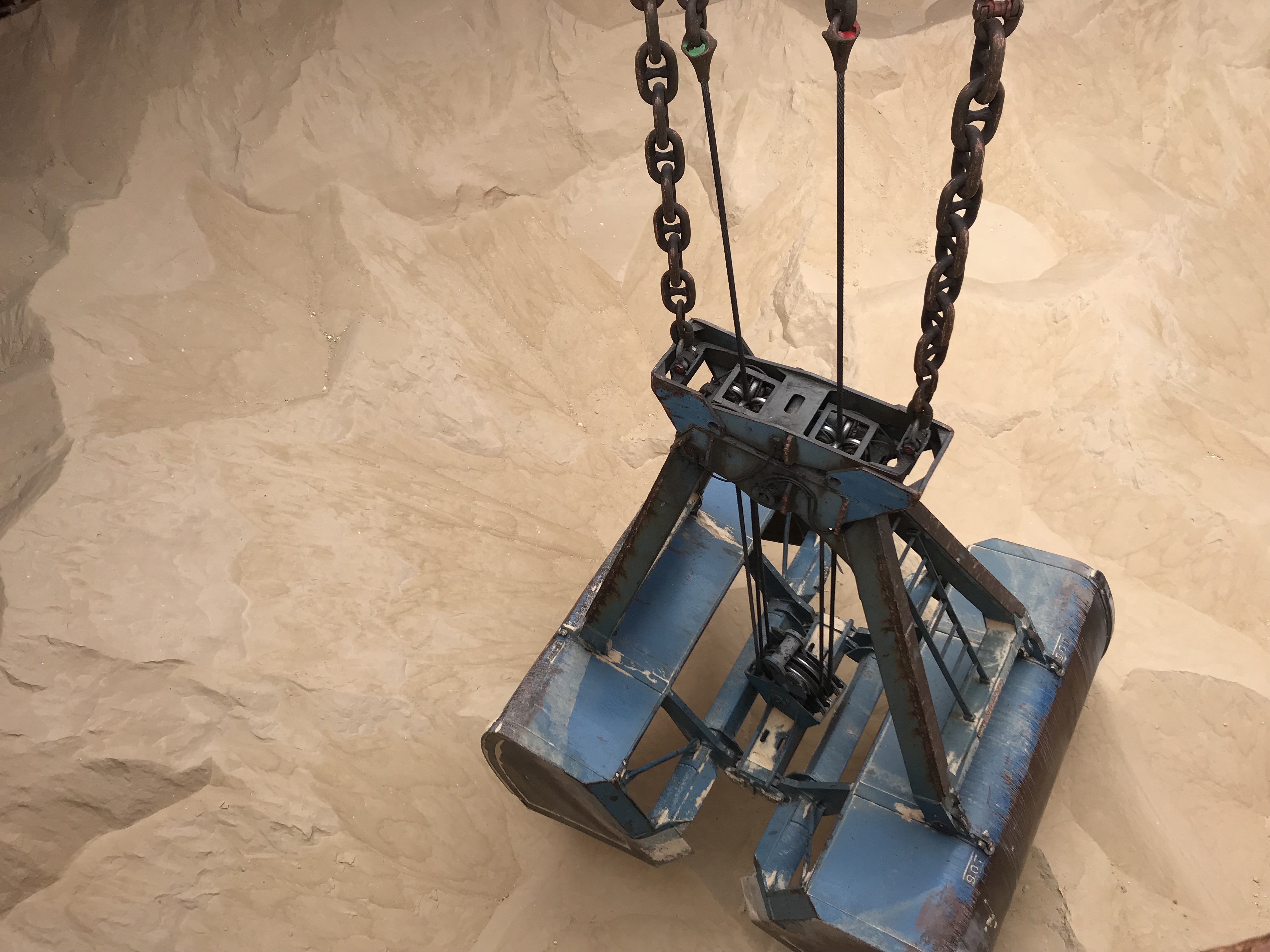