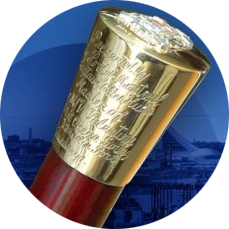 A tradition that started in 1840

The Gold-Headed Cane is awarded to the captain of the first ocean-going vessel to reach the Port of Montreal at the start of each new year. The custom began in about 1840, some 10 years after the creation of the first Harbour Commission in 1830.

The Gold-Headed Cane presentation ceremony is held at the Port of Montreal, usually on January 3. Although year-round navigation to and from the port began in 1964, the Gold-Headed Cane is a reminder of a period when Montreal’s maritime links with the outside world were interrupted during the long winter months because of ice in the St. Lawrence River. Long ago, the arrival of the first ship in spring symbolized a return to life. Montrealers would gather on the docks and cheer when it came into view, happy that communication and trade with the Old World once again had been re-established. They knew that the ship was carrying the food they craved and the latest fashions from London and Paris. Best of all, delivery of mail accumulated during the off-season meant news at last from the rest of the world.

During the first years of the tradition, the award was a top hat. It was replaced by a Gold-Headed Cane, to reflect period tastes, in about 1880.

Today’s trophy is an elegant, smooth and straight ceremonial cane made of hardwood, finished with a dark-brown varnish. The 14-karat Gold Head is crowned with a relief Canadian coat-of-arms coloured with inlaid enamel. An inscription around the side reads: “Presented by the Port of Montreal to (captain’s name), Master of the (ship’s name), the first ocean-going vessel in the port in (year).”

The recognition that accompanies the Gold-Headed Cane makes it a prize coveted by ships’ captains from a growing number of countries.

Travel the oceans of time with this interactive and educational application.
HISTORY OF THE GOLD-HEADED CANE 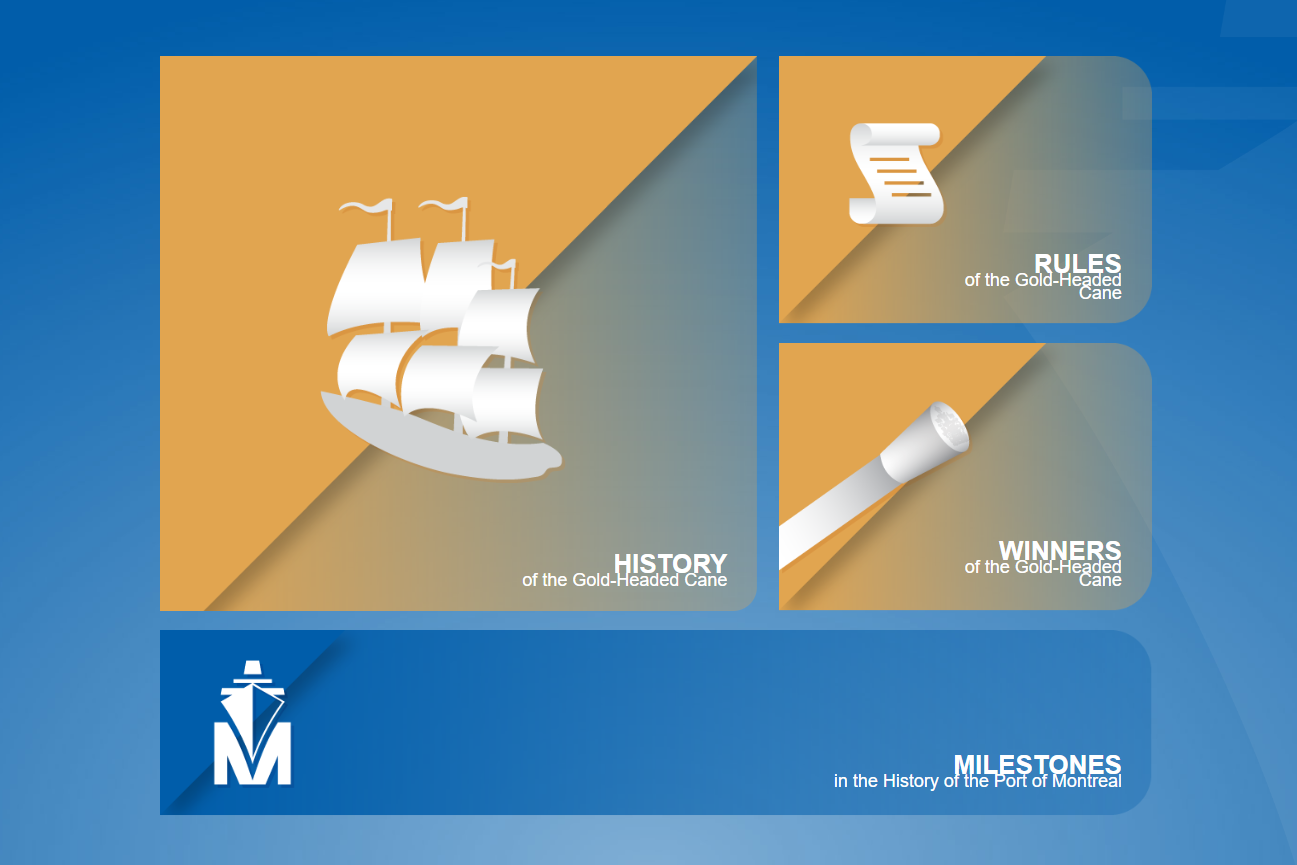