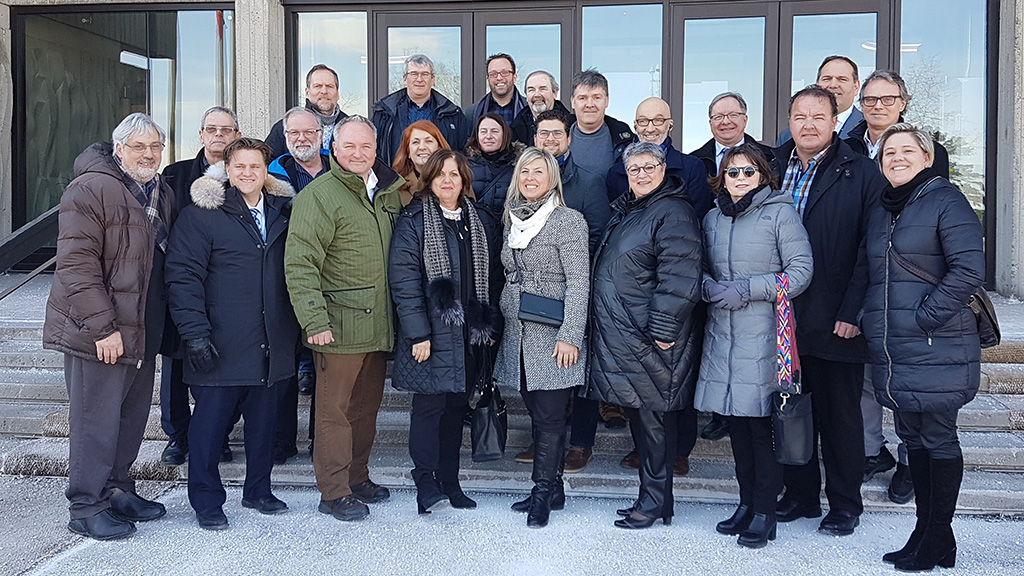 Sylvie Vachon, CEO of the MPA (centre) and Daniel Dagenais, Vice President of Operations (third from the right) with UMQ members.

Yesterday, Thursday, March 7, the Montreal Port Authority welcomed members of the maritime committee of the Union des municipalités du Québec (UMQ) on the occasion of one of its statutory meetings.

Comprising mayors and councillors from municipalities and cities along the St. Lawrence River valley, the UMQ maritime committee is chaired by Jérôme Landry, Mayor of Matane. The UMQ focuses on showcasing the development potential of the river’s presence in their territory.

For this first visit from the maritime committee to the Port, about twenty mayors from cities ranging from Gaspé to Salaberry-de-Valleyfield were able to tour Montreal’s Port facilities.

This was an opportunity for committee members to learn a little more about the projects and initiatives in sustainable development and city-port cohabitation, as well as the importance of the Port of Montreal’s operations for the economy of Quebec and Canada.