Montreal, November 27, 2020 — A first-ever five-year Cooperation Agreement was signed on November 25 between the ports of Marseille Fos and Montreal, charting the way forward for a new business partnership and the creation of synergies in several areas, including trade and innovation.

The development and realization of this partnership agreement were guided by the major cooperative exchanges developed over the last several years between both ports and by the interests, values and visions shared by the two port authorities. Their many commonalities include growth of the container sector and related infrastructure projects. This partnership agreement will also strengthen the current trade between the Ports of Marseille Fos and Montreal, as well as the ties forged between the services and partners of both ports.

“Innovation, performance and environmental excellence are the values embodied by the Port of Marseille Fos. On the basis of these three pillars shared with the Port of Montreal, we intend—with the official signing of this partnership agreement—to strengthen the many existing exchanges between our two port authorities. Consolidating our commercial ties, of course, but also sharing our skills and sharing our best practices for better performance. There is no doubt that the Port of Marseille Fos’ multimodal connection offer between Asia, Africa and Europe is an excellent opportunity for North American players to develop their business and investments in the Euro-Mediterranean zone,” said Hervé Martel, Chair of the Board of Directors of the Port of Marseille Fos.

“With trade between the Port of Montreal and Europe in constant growth, including trade with the Port of Marseille Fos, this major agreement is a golden opportunity to strengthen our business ties and build on our common strengths, such as our vision of innovation, our geostrategic locations and our growth in the container sector,” said Sylvie Vachon, President and CEO of the Montreal Port Authority.

The collaborative endeavour between both ports starts now. The MOU between the two parties focuses on six areas of cooperation:

About the Port of Marseille Fos

A major player in international trade, the Port of Marseille Fos accommodates nearly 10,000 ships, handles 79 million tonnes of freight and is responsible for the development of 10,400 hectares in line with an environmental excellence approach. In an area as large as the city of Paris, the Port of Marseille Fos has spaces and infrastructures to accommodate maritime, logistical and industrial activities. It is capable of handling a wide range of activities involving the import and export of all types of goods (hydrocarbons, containers, mineral ores, food products, etc.). The port has large-scale logistics platforms hosting international players who supply the French and European markets. Industrial activities such as oil refining, the steel industry, the chemical industry and ship repair, including “Dry Dock 10”, the third-largest dry dock in the world, also make up the port ecosystem. The Port of Marseille Fos also meets the international standards required for passenger, cruise and ferry activities. The Port of Marseille Fos places environmental excellence at the heart of its strategy. It focuses on sustainable economic growth through responsible and innovative industrial development that promotes the circular economy. It takes action to considerably reduce the impact of maritime activities on air quality through the electrical connection of ships at berth or refuelling with LNG. Vice-President, Public Affairs and Community Relations
Email:
This email address is being protected from spambots. You need JavaScript enabled to view it.
Telephone:
514 283-1385 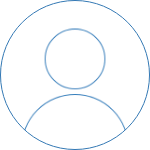 Press Officer, Marseille Fos
Email:
This email address is being protected from spambots. You need JavaScript enabled to view it.
Telephone:
+33 6 07 94 70 79