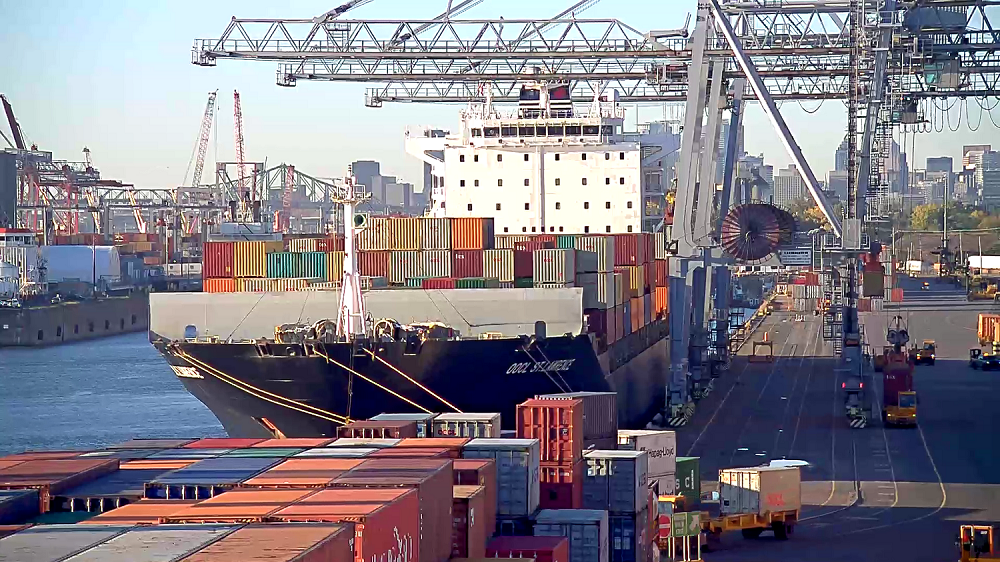 Yesterday, October 8, the Port of Montreal welcomed for the first time the OOCL container ship the OOCL St. Lawrence. The crew was given a painting of a mooring bollard to mark the inaugural voyage to Montreal.

With an overall length of 294.51 metres, a beam of 32.3 metres and a maximum capacity of 5,047 twenty-foot equivalent units (TEUs), this Panamax vessel is one of the largest container ships to call at the Port of Montreal, which can welcome post-Panamax vessels carrying up to 6,500 TEUs. The OOCL St. Lawrence takes over from a smaller vessel, the OOCL Belgium, on OOCL’s Gateway Express 1 service between the ports of Montreal and Antwerp, Bremerhaven, Le Havre and Liverpool.

At the core of a highly efficient supply chain that is always striving to optimize and improve its facilities and infrastructure, the Port of Montreal is proud to welcome vessels of this calibre to better serve local consumers and businesses and to effectively connect Montreal to the world.

Built in South Korea in 2005, this container ship joined the OOCL fleet in March 2019. Sailing under the flag of Malta, the vessel left the Port of Liverpool on October 1 and reached Montreal on October 8. On Monday, October 12, it will again cross the Atlantic, this time to the Port of Antwerp.

“The Port of Montreal is pleased to support the growth of its partners and clients together with the regional and national economy. The arrival in Montreal of the OOCL St. Lawrence attests both to the strength of our long-standing business relationship with OOCL, and to the natural progression of our services toward a future that we envisage with confidence.” —  Sylvie Vachon, President and CEO of the Montreal Port Authority

“OOCL has a long history in facilitating trade in the St. Lawrence Seaway, being the first container carrier calling the Port of Montreal 50 years ago. The selection in the name of our latest vessel, the OOCL St. Lawrence, shows our long-term commitment and confidence in the future of this vibrant Canadian gateway. Compared to her predecessor, the increased capacity from her deployment will be important to our strategic plans for growth. Being ice-strengthened to meet the harsh winter sailing conditions in the Trans-Atlantic service, the OOCL St. Lawrence will be a welcome addition to supporting year-round trade in this region for many years to come.” — Grace Liang, President of OOCL Canada 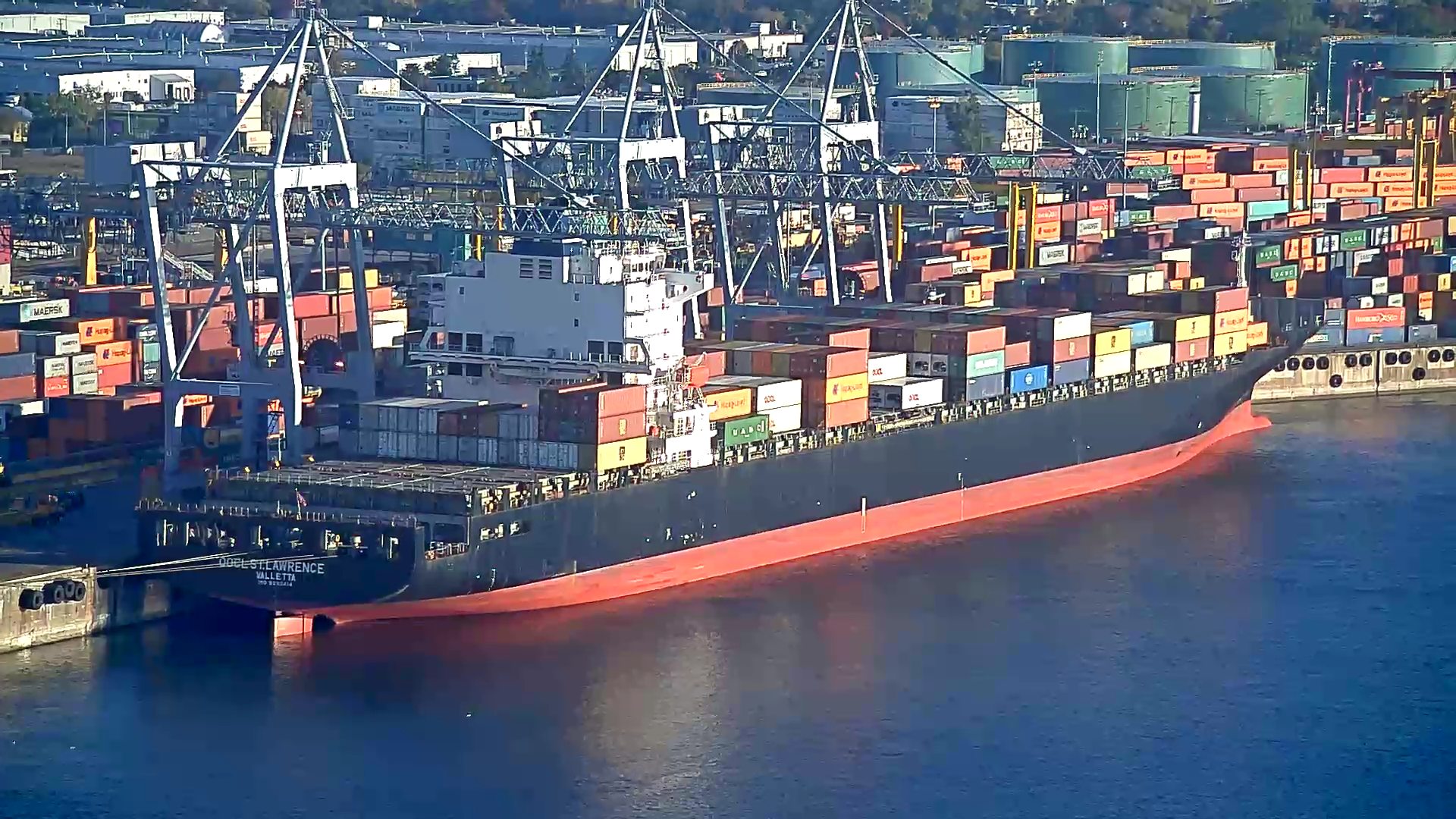