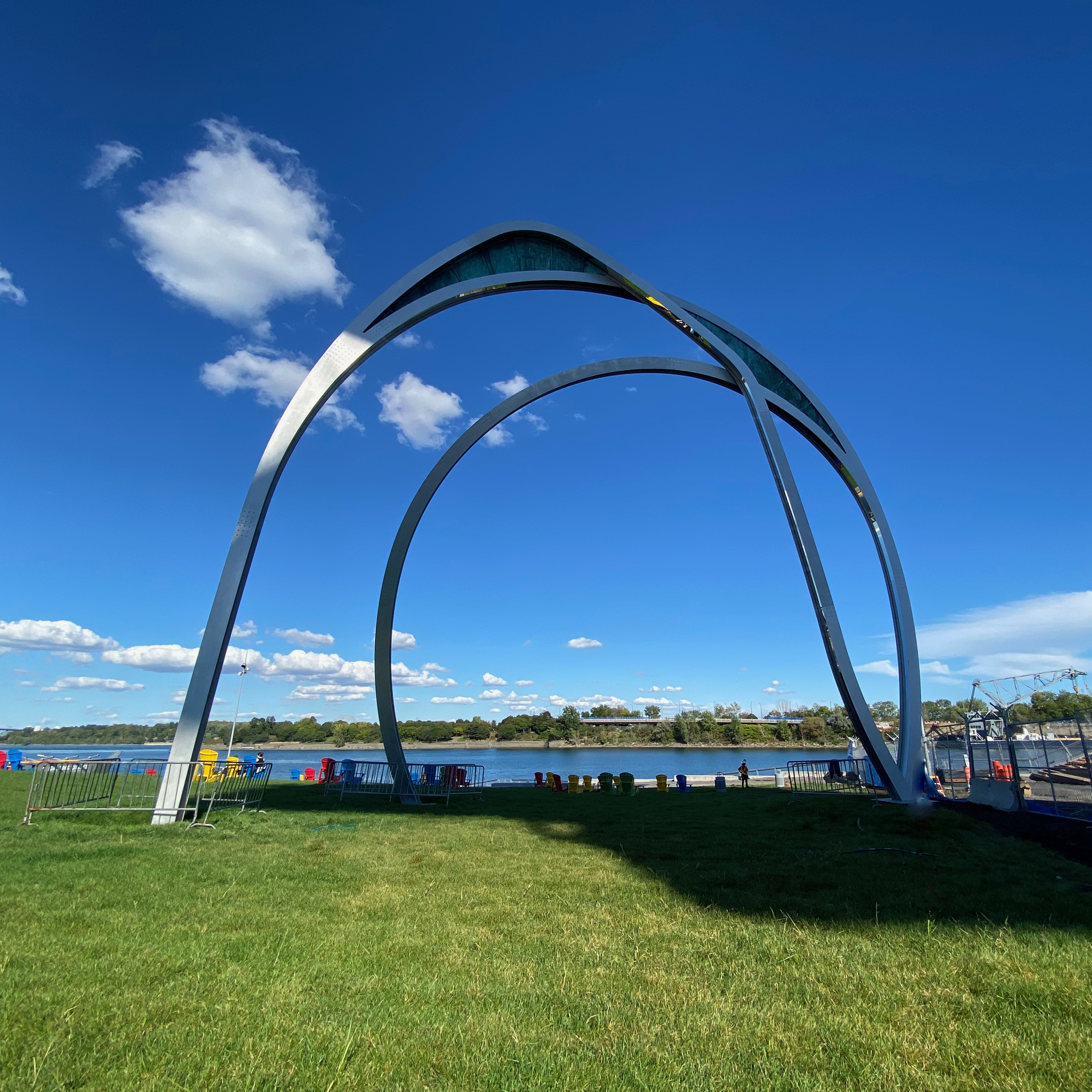 The public work of art Leurs Effigies, installed at the city’s marine entrance, recognizes the contribution of religious communities to the development of Montreal.

Located at the end of the Port of Montreal's Grand Quay, the site is symbolic, highly visible, popular with visitors and anchored in history. It is also consistent with the fact that these communities came by way of the river and arrived through the Port of Montreal.

The commemorative artwork symbolizes the three pillars of society's organization: health, education and social development. It is a tribute to three women who participated in founding Montreal through their actions: Jeanne Mance (Hospital Sisters of Saint-Joseph), Marguerite Bourgeoys (Congregation of Notre-Dame) and Marguerite d'Youville (Grey Nuns).

Description of the artwork

Leurs effigies is a simple, elegantly arched stainless steel structure 16 metres tall and 17.3 metres wide featuring two copper sails. The three strong arches that form the vaulting structure lead to portraits of the three commemorated figures presented in Benjamin Sulte's Histoire des Canadiens-français (“Origin of the French Canadians”). To illustrate the values of these women and their contribution to the founding of Montreal, their portraits and biographies are laser engraved on the inner side of the vaulting arches. Thanks to integrated lighting, the sculpture is visible at all hours in every season.

Saint Marguerite Bourgeoys (1620-1700) – Anonymous, based on a painting by Pierre Le Ber