In 2017, the MPA filed the Environmental Impact Assessment for the construction project of a new container terminal at Contrecoeur. This study was made public by the Canadian Environmental Assessment Agency in January 2018. Public information sessions and hearings were held from February 27 to March 1, 2018. The environmental challenges were clearly identified in the study, and we committed ourselves to taking all possible mitigation measures to reconcile economic development with respect for the natural and human environments.

The MPA innovated in two ways to reduce greenhouse gas emissions on its territory.

First, together with Énergir and Groupe Desgagnés, we completed a project to supply liquefied natural gas (LNG). LNG is currently one of the best available alternatives to petroleum products in the marine sector because of its environmental benefits. Notably, it makes it possible to comply with the new Canadian and international marine transportation regulations that aim to minimize emissions of air pollutants (N0x and S0x).

Secondly, we launched shore power at the new cruise terminal, completing the shore power project for five berths. The four others are for vessels wintering at the Port. This project was carried out in close collaboration with Hydro-Québec. By plugging into the electric power grid, vessels can shut down their marine diesel engines, greatly reducing their greenhouse gas (GHG) emissions. This project can potentially cut 2,800 tonnes of GHGs per year. It had financial support from the governments of Canada (up to $5 million) and Quebec ($3 million).

These efforts to reduce GHGs are in addition to the Trucking PORTal made available in 2016. This application lets truck drivers find out in real time about traffic on Port of Montreal territory and better plan their trips. This resulted in a 9% drop in wait times in 2017, despite a 5% increase in the number of trucks, in turn resulting in a reduction in GHG emissions. 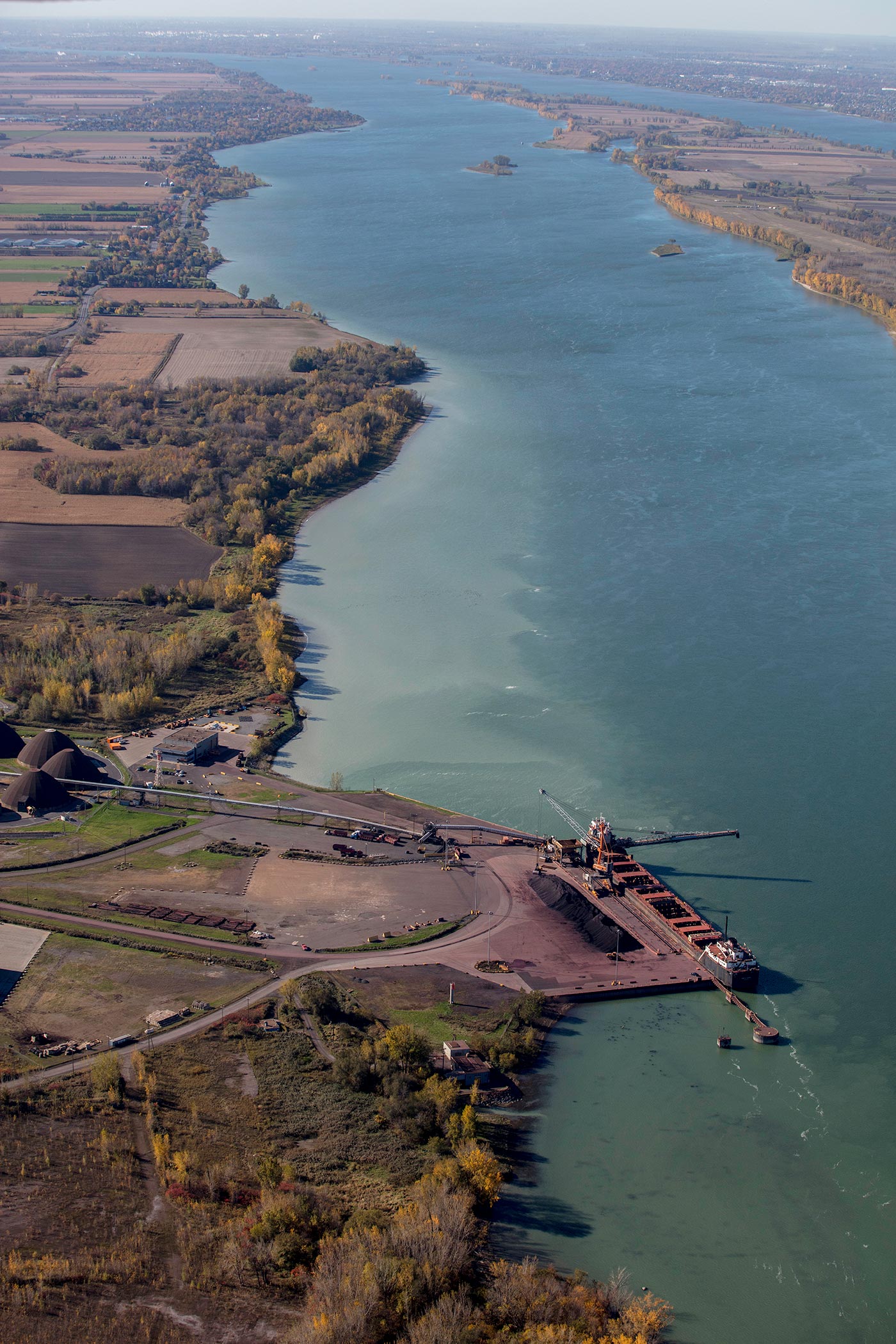 Mitigation measures to
protect the environment

In addition, the Port of Montreal once again ranked among the best students of Green Marine. It even had the best report card of the 36 participating port authorities in North America. Green Marine is a voluntary environmental certification program for North America’s shipping industry. The Port of Montreal is one of its founding members. This meticulous and transparent initiative targets priority environmental issues through 12 distinct performance indicators. To earn their certification, every year participants must measure their environmental performance, submit their results to an external auditor and agree to publish their individual results.

In November 2017, the MPA joined forces with Société de verdissement du Montréal métropolitain (Soverdi) and Alliance forêt urbaine to extend the canopy of greenery on its lands. As a first step, this new partnership will plant 375 trees. By doing so, we joined about a hundred private partners already active in the greening of private and institutional lands in Montreal. Planting new trees is part of our commitment to improve the quality of life of our employees and the neighbourhood, while also taking solid action for the environment.

To learn more about the MPA’s environmental record, see our 2017 Summary Report of Achievements in Sustainable Development.