The only container port on the St. Lawrence

It is thanks to the river and its port that Montreal developed into the metropolis it is today, firmly established as a major port city with a strong international reputation. Over time, we have become the largest port on the Canada’s East Coast and the only container port on the St. Lawrence, with more than 50 years of experience in this area.

The Port of Montreal is a top-tier economic force, especially in the context of Greater Montreal’s logistics and transportation chain. The Port and its partners, specifically those in the Logistics and Transportation Metropolitan Cluster of Montreal CargoM, together with the City form a winning team!

The Port of Montreal’s economic role is measured in terms of jobs and added value for the economy. Its activities generate 16,000 direct, indirect and induced jobs, and its added value is estimated at $2.1 billion per year. Additionally, all the goods that go through the Port of Montreal in a single year have a total value of $41 billion.

In light of its worldwide reach, the Port of Montreal welcomes vessels from every continent. It is served by the five largest shipping lines in the world and other companies, including CSAL Canada-States-Africa Line, CMA CGM, Fednav Atlantic Lakes Line (FALLine), Hapag-Lloyd, Maersk Line, Mediterranean Shipping Company (MSC) and OOCL.

The Port of Montreal’s success is largely due to its geographically strategic location, which makes it the shortest direct route from Europe and the Mediterranean to North America. Not only is it the most direct, but it is also the best for the environment, because it brings freight by marine transport as close as possible to the vast consumer markets in Eastern Canada and the U.S. Midwest. Shipping is the transport mode with the least amount of greenhouse gas emissions and, at the same time, the lowest cost.

The shipping route to the Port of Montreal gives access to a pool of 40 million consumers in a single day by truck, and to an additional pool of 70 million consumers in less than two days by train. On Port territory, a direct connection to two North American Class 1 rail networks, CN and CP, provides daily departures to Toronto, Chicago and Detroit. Its intermodal network ensures flexibility, speed and reliability. 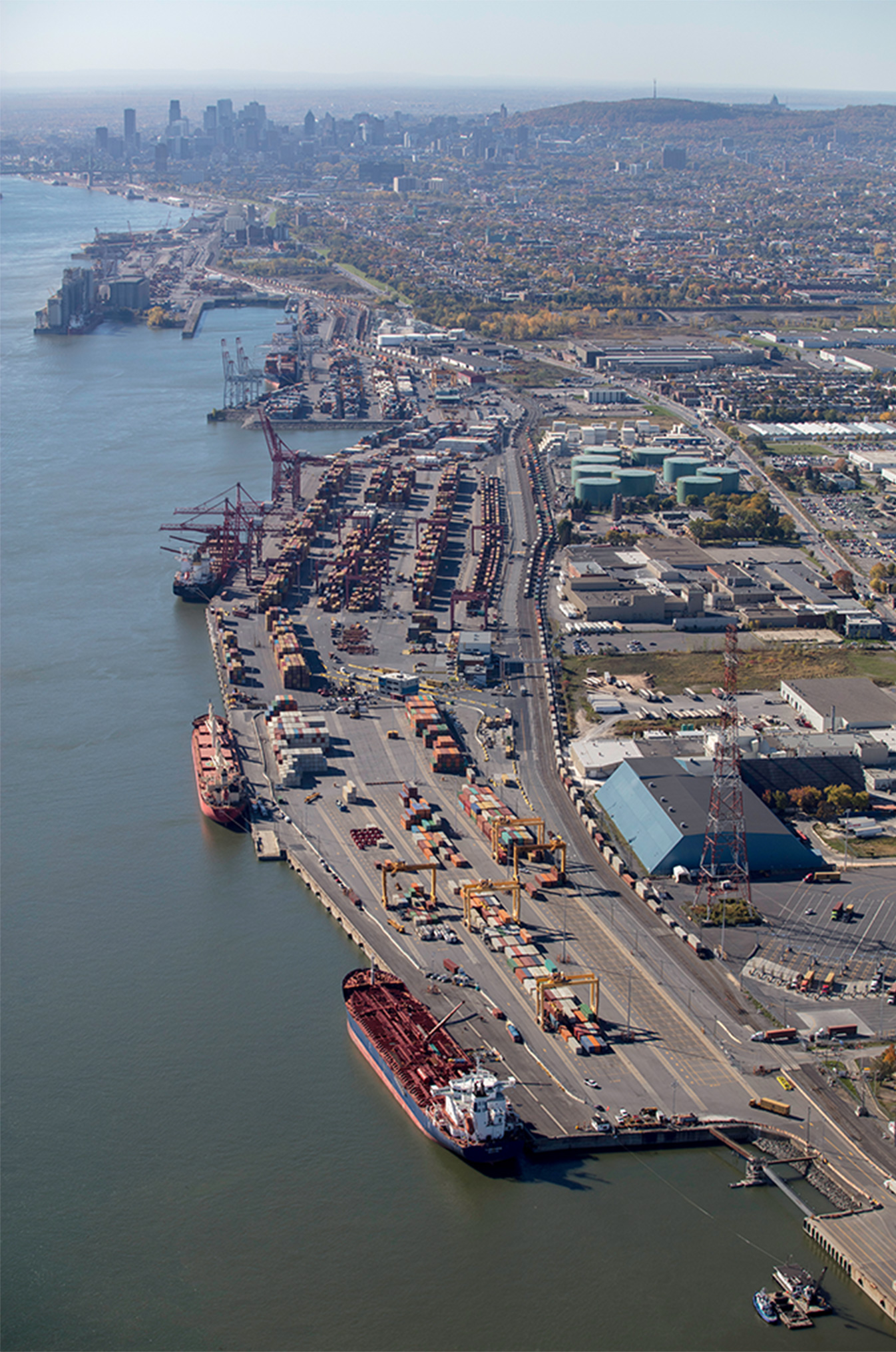 Port of Montreal Traffic (in thousands of tonnes)

The Port is forging its future

The Port of Montreal’s economic role is far from fading! Especially since it has already started to chart its course to the future by launching projects that are sure to fulfil its rich growth potential.

For example, commissioning the new container terminal at Viau will make it possible, once completed, to increase the Port’s container-handling capacity on the Island of Montreal by 600,000 TEUs. In its first year, close to 200,000 TEUs transited through Viau Terminal. The next stage will unfold at Contrecoeur, 40 km downstream, on the south shore of the river, where the Port is spearheading the project to create a container terminal with a 1.15-million-TEU capacity.

The five largest shipping lines in the world serve the Port of Montreal.

Port of Montreal Traffic (in thousands of tonnes)