The volume of containers handled at the Port of Montreal posted a solid increase of 5.8% in 2017 over the previous year, rising from 13.1 to 13.8 million tonnes. This increase is crucial now that we know that more and more goods are being transported by container, making it the longest lasting top growth segment at the Port of Montreal, same as in the entire global freight industry.

In other news, traffic remains well balanced between imports and exports with a ratio of 1.03 in 2017 compared to 1.04 in 2016. This means that there are almost as many imported containers as exported containers at the Port of Montreal, an undeniable advantage for the shipping lines.

Transshipment continues to play an increasingly important role. In 2017, it accounted for 43% of the international container market at the Port of Montreal, compared to 42% the previous year.

Two new international container services to the Port of Montreal were added in 2017. In the spring, CMA CGM announced an agreement to share the Hapag-Lloyd service and it introduced the new NAWA (North America West Africa) service that connects the Port of Tanger Med, the hub for services to the rest of Africa. For its part, Maersk introduced the Med-Montreal service in September 2017. These decisions confirmed the strategic importance of the Port of Montreal.

The containers carry a wide variety of goods, including consumer products of all kinds, agri-food products, electronics, clothing, and industrial and construction materials. 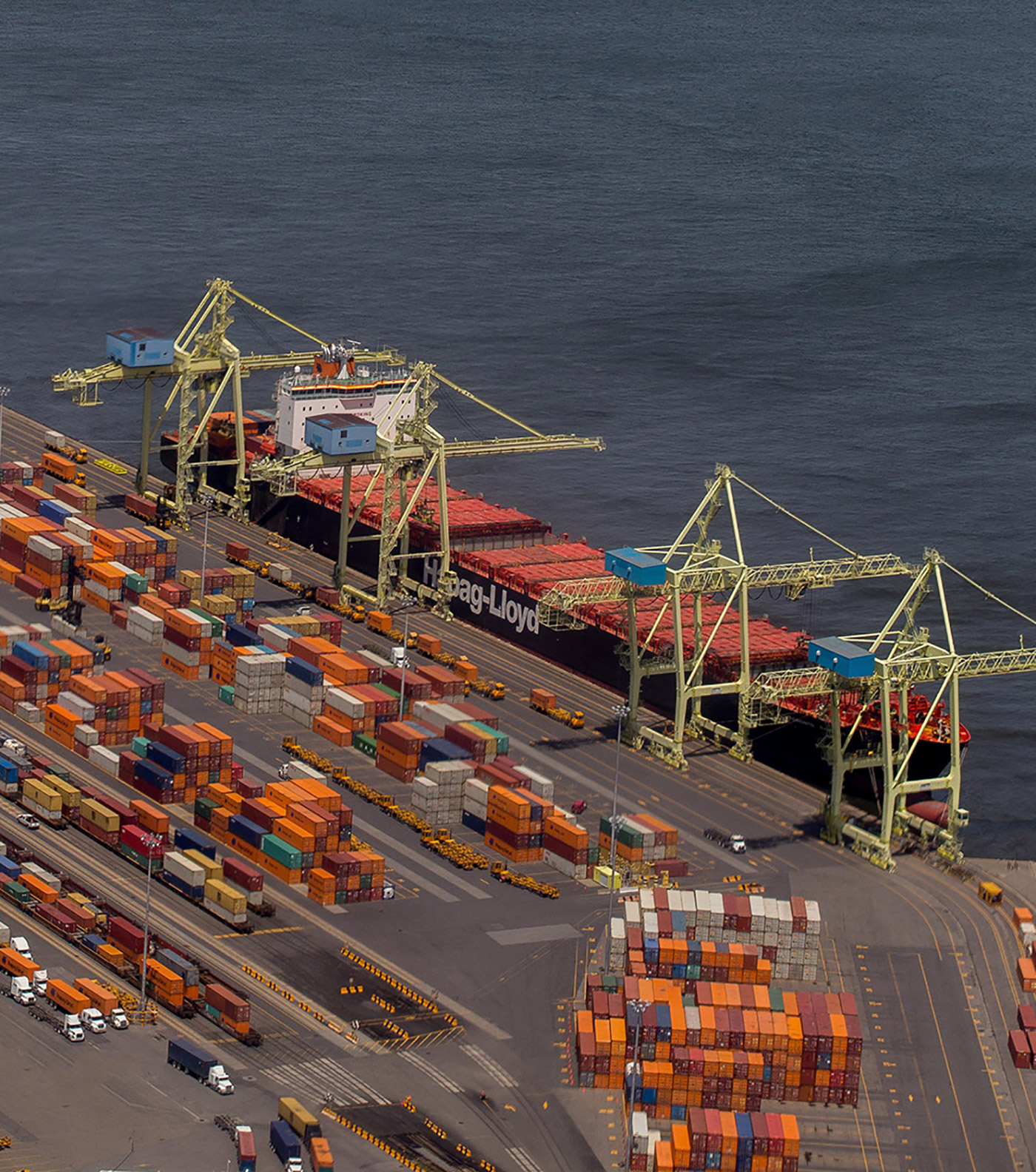