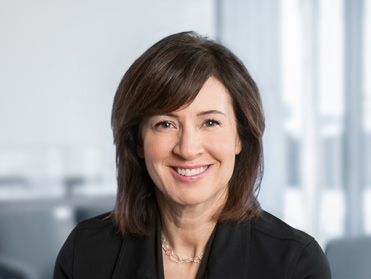 Nom
Anik Trudel
Position
Chair of the Board of Directors
Photo 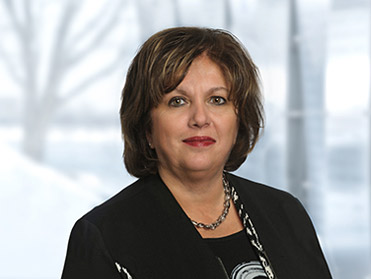 The Montreal Port Authority (MPA) succeeded in broadening its horizons on several fronts throughout 2016.

First, the Port of Montreal set a traffic record in 2016 by handling 35.4 million tonnes of diversified cargo. Moreover, the MPA improved its financial results despite an uncertain economic situation worldwide.

Several of our port development projects were economic drivers, generating substantial added value and creating numerous jobs during their construction phase. They will continue to generate benefits during their respective operations. Significant investments were made to improve Port of Montreal installations, facilitate the movement of cargo and ensure our ability to handle anticipated traffic growth in certain port sectors.

In 2016, we maintained the Port of Montreal’s vast market diversity; Asia and the Middle East now represent more than one-third of our containerized cargo traffic. The increased presence of our representatives at industry events around the world and the efforts taken by the MPA team are, undoubtedly, responsible for these results.

In the area of sustainable development, we continued to strive for excellence by multiplying our effective and concerted actions and initiatives in the environmental, social and economic fields.

We definitely broadened our port development horizons in 2016. The inauguration of Viau Terminal on November 18 most certainly represented the MPA’s crowning achievement in this regard. At term, Viau Terminal will have a total capacity of 600,000 TEUs (20-foot equivalent unit containers) and, ultimately, increase the Port of Montreal’s total handling capacity to 2.1 million TEUs. The total cost of the project is $197 million. A second construction phase will occur in the years to come.

The Government of Canada is contributing up to $42.1 million toward Viau Terminal, and we sincerely thank the government for its support. We would also like to express our gratitude to terminal operator Termont Montreal Inc., which is investing $74 million in the terminal.

The restoration of Alexandra Pier and the cruise terminal progressed quickly in 2016, to the point that we are now ready to welcome cruise ships in time for the City of Montreal’s 375th anniversary celebrations. This $78-million project will first and foremost provide modern and efficient facilities that respond to the operational needs of cruise lines and improve the welcome for the increasing number of cruise passengers who are choosing Montreal as a destination or embarkation port. In doing do, the project will better integrate the pier’s more than century-old infrastructure into the urban fabric of Old Montreal and enhance river access for Montrealers, tourists and visitors alike.

The MPA once again thanks its financial partners, the Government of Quebec and the City of Montreal, for their contributions of $20 million and $15 million, respectively, toward the project.

Committed to integrating innovation and technology into its business processes, the MPA deployed new tools in 2016 dedicated to improving goods mobility. In particular, we were extremely proud to launch our new Trucking PORTal at the beginning of October. We became one of the first port authorities in the world to offer road transport partners an advanced real-time information system on truck traffic on port territory. It allows truckers to better plan their route to container terminals, avoid congestion and save time, all of which will ultimately reduce greenhouse gas (GHG) emissions while improving goods mobility. The Government of Canada provided a contribution of $1.375 million to the project.

This project and other initiatives taken by the Quebec Ministry of Transport, Sustainable Mobility and Transport Electrification, and the MPA to improve road access to port territory are concrete and efficient measures to enhance the fluidity of goods movement and reduce the impact of truck traffic.

As the autonomous federal agency that administers the Port of Montreal, the MPA will continue to mobilize the industry around common goals and provide innovative and inspiring leadership. We want to broaden not only our horizons but also those of the entire logistics chain so that Montreal can remain an efficient and innovative international trade hub.

We cannot accomplish any of this without the commitment of our employees, and on behalf of the MPA, we would like to take this opportunity to thank them for their continuous efforts. We would also like to extend our appreciation to our partners and clients for their support and to our neighbouring communities and local organizations for their input.

In conclusion, we would like to thank the dedicated and diversified group of individuals serving on our Board of Directors. We are extremely grateful for the knowledge and strategic thinking that they bring to the MPA and the development of the Port of Montreal.

Nom
Anik Trudel
Position
Chair of the Board of Directors
Photo