Launch of the Request for Qualification for the design and construction

Another project milestone for the Contrecoeur Terminal

Montreal, August 4, 2020 — The Montreal Port Authority (MPA) has taken another important step forward in its Contrecœur container terminal project. As of today, it is launching a public procurement process in preparation for the design and construction of this new strategic infrastructure for the economy of Quebec and Eastern Canada.

Posted this morning on MERX and SEAO, the Request for Qualification documents are now available to industry representatives interested in the project.

Through this Request for Qualification, the MPA will preselect up to three companies on the basis of technical and financial criteria. These companies will then be invited to bid in response to the call for proposals in preparation for construction, which, subject to obtaining the required approvals and permits, will commence in 2021.

The Request for Qualification is the first step in an open procurement process for this strategic infrastructure project estimated to cost between $750 million and $950 million. While complying with the ongoing assessment process, it will make it possible to prepare the start of construction as soon as environmental approvals and permits have been obtained.

This announcement follows the media and public information day held on July 15 to update the construction industry on the project’s progress and announce the main steps ahead. When completed, the new container terminal will generate 5,000 direct, indirect and induced jobs, in addition to a one-time impact of $470 million on GDP during construction. This will help strengthen the competitiveness of the supply chain in Quebec and Eastern Canada while supporting economic recovery.

“Launching the Request for Qualification is another milestone for the Contrecœur Terminal. Here again, it shows the project’s progress and relevance, particularly in a context of economic recovery,” said Sylvie Vachon, President and CEO of the MPA. 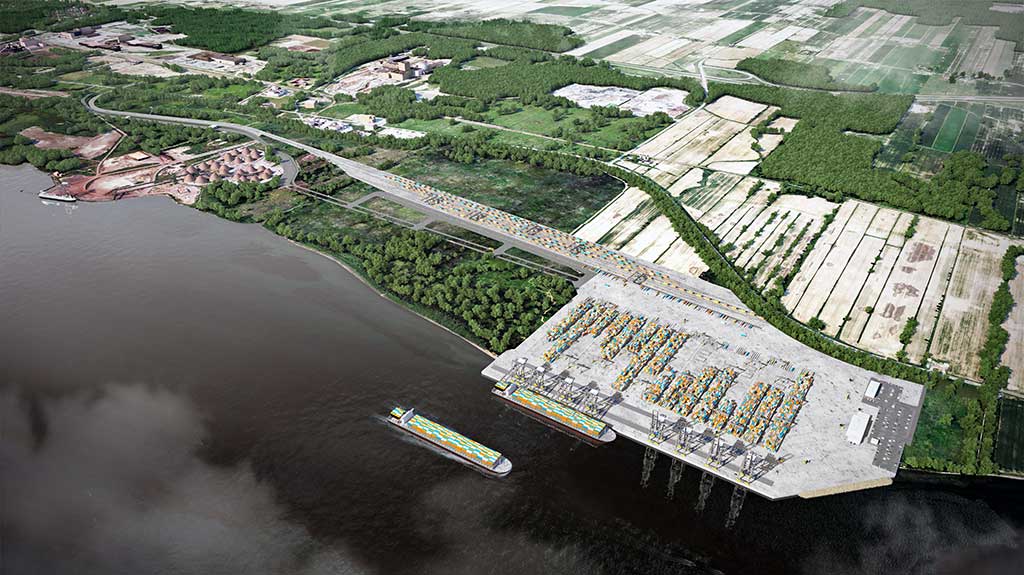 Located in an industrial zone, the Contrecœur land reserve was acquired over 30 years ago by the Montreal Port Authority and has been the focus of careful collaborative planning to support the development of the supply chain in Quebec and Eastern Canada. By 2024, with the support of Canada Infrastructure Bank and private partners, the Port of Montreal intends to develop a new state-of-the-art container terminal to handle 1.15 million twenty-foot equivalent units (TEUs). Advantageously located in the main pool of consumers, importers and exporters in Quebec and Eastern Canada, close to major rail and road routes, the Port of Montreal’s Contrecœur expansion will consolidate local strengths to effectively meet future needs and provide a global logistics hub in the heart of the St. Lawrence Valley.