The container market has been growing steadily in Montreal since its inception more than half a century ago.

The Port of Montreal's North American markets in 2020

The Port of Montreal’s strategic geographic location provides importers and exporters access to 110 million consumers in Canada, the U.S. Midwest and Northeast in less than two days by rail or truck. 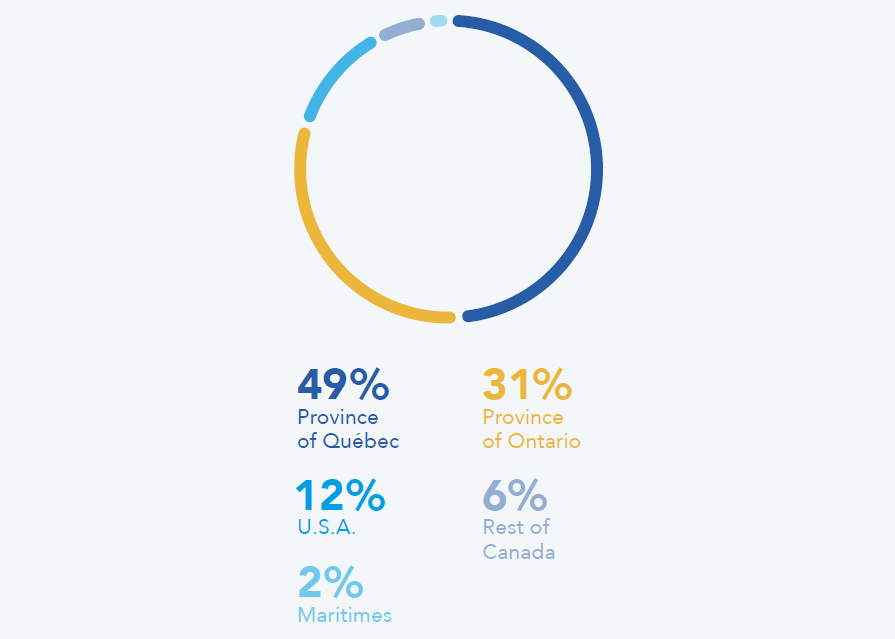 Asia, the Middle East and Latin America account for nearly 40% of our containerized market, making the Port of Montreal a leading international container port with worldwide connections to over 140 countries. Through its direct connections with transshipment ports in Europe, the Mediterranean and the Caribbean, the Port of Montreal is a proven competitive solution linking North America’s industrial heartland and Eastern Canada to the rest of the world. 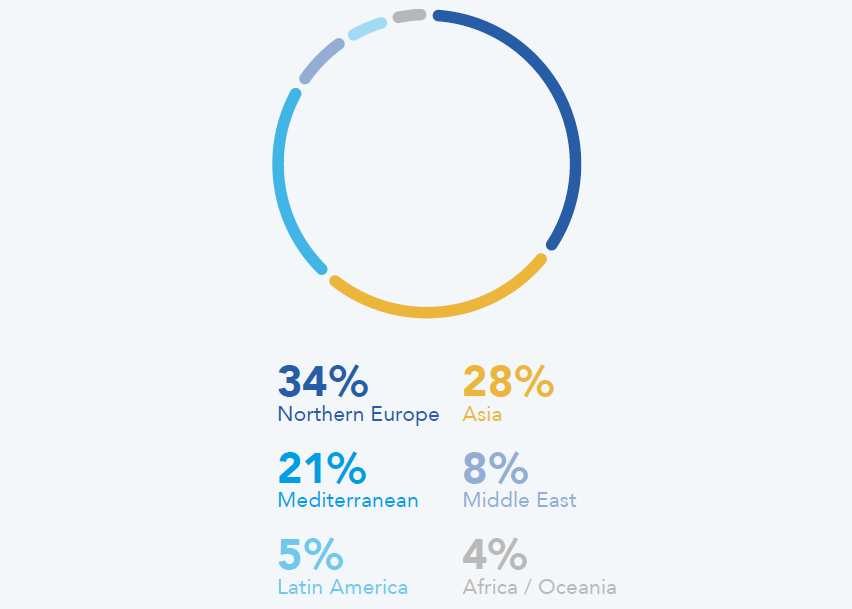 Evolution in container traffic over 10 years 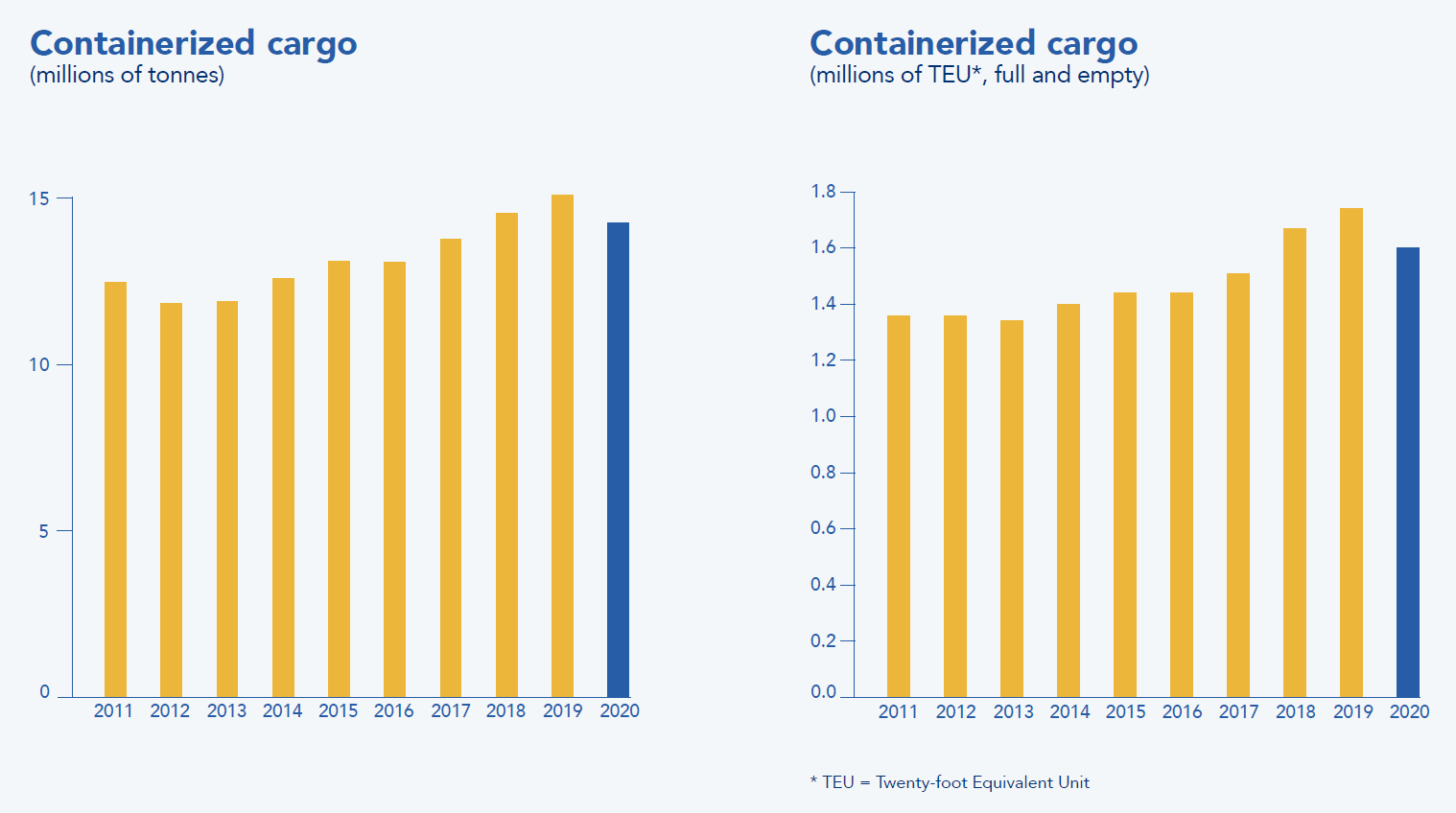 Each of the four international container terminals, namely Viau, Racine, Maisonneuve and Cast, can accommodate two post-Panamax ships simultaneously and is equipped with dockside access to the rail networks.